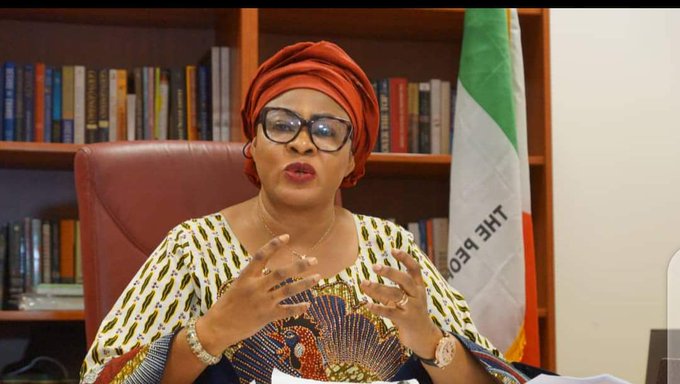 A former Minister of Aviation, Mrs Stella Adaeze Oduah has arrived the Federal High Court in Abuja to take her plea in the alleged N7.9 billion fraud charges brought against her by the Federal Government.

The Editor Nigeria reports she is to be arraigned before Justice Inyang Eden Ekwo, alongside two other women and four companies.

Among the companies is the construction giant, China Civil Engineering Corporation CCECC.

About five Senior Advocates of Nigeria are also in court to defend the Senator and her co-defendants.

They are charged with conspiracy and money laundering, as well as maintaining anonymous bank accounts.