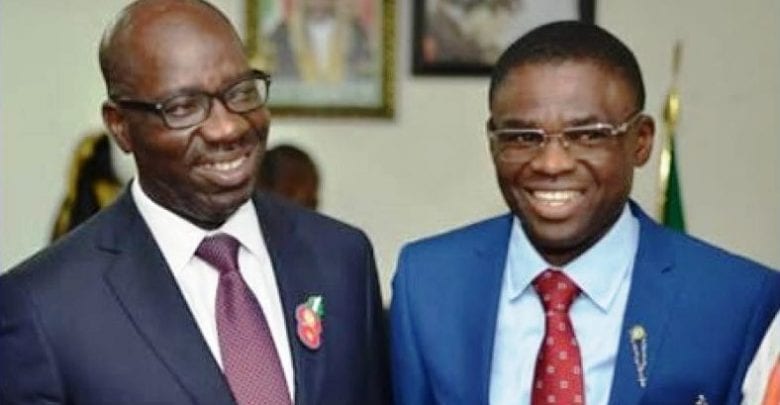 The 10 allegedly suspended members are part of the new PDP that defected from the All Progressives Congress, APC with Obaseki and Shaibu.

Their suspension was signed by Mr. Suleiman Momodu, the Ward Chairman and 18 others.

The offences of the members include: “Breaching of the party constitution and manifesto, disobedience and neglect to carryout lawful directive of the party organ and officers of the party.”

“Engaging in anti-party activities, engagement in a conduct likely to cause disaffection among members of the party and is likely to distrupt the peaceful, lawful and efficient conduct of the business of the party and  Engaging in unauthorised publicity within the party, creating a parallel organ at the ward LGA level and promoting actions that belong to another group under the guise of the party by name, New PDP.”

It no longer hidden knowledge that all is not well with the PDP in Edo state as many have accused the Governor, Obaseki of not fulfilling his promises to key members of the party.