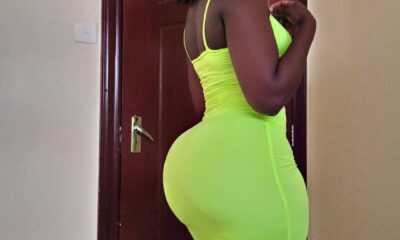 Residents of Lagos State’s Iyana-Isashi neighborhood were recently confused when a young lady got completely deaf after seeing a lover she met on Facebook in Lagos.

The young lady, who is from Benue State but now lives in Port Harcourt, Rivers State, was reported to have gone deaf after spending the night in her lover’s arms.

Trouble, as gathered, started in the morning when the victim woke up, took sachet of water and went outside to brush her teeth.
Thereafter, she noticed all of a sudden that she had gone dumb.

According to the suspect, “I met the victim on social media, and we became friends and then started dating.
“Last week, she came from Port Harcourt to Lagos to visit me. We spent time together everything was okay until the next morning when she woke up and decided to brush her teeth.”

Explaining further, the suspect said, “She took a sachet of water from the bag of ‘pure water’ inside the house.
“She stepped outside and by the time she finished brushing her teeth, she noticed she could no longer talk.

“I was scared because she spoke to me when she woke up that morning before taking water and going outside to brush her teeth.”
when all efforts to assist the victim recover her speech failed, police from Iyana-Isashi Division were invited to arrest the suspect.

Confirming the arrest, the spokesperson of Lagos State Police Command, SP Benjamin Hundeyin, said the suspect was arrested and later released when the victim’s parents came to the station and revealed that it is a reoccurring spiritual attack afflicting the victim.
Her parents insisted on taking the victim to their home town in Benue State to find remedy to the issue.
“After verifiable evidence that they are her parents, the victim was released to them,” Hundeyin added.

Related Topics:Portharcourt lady
Up Next