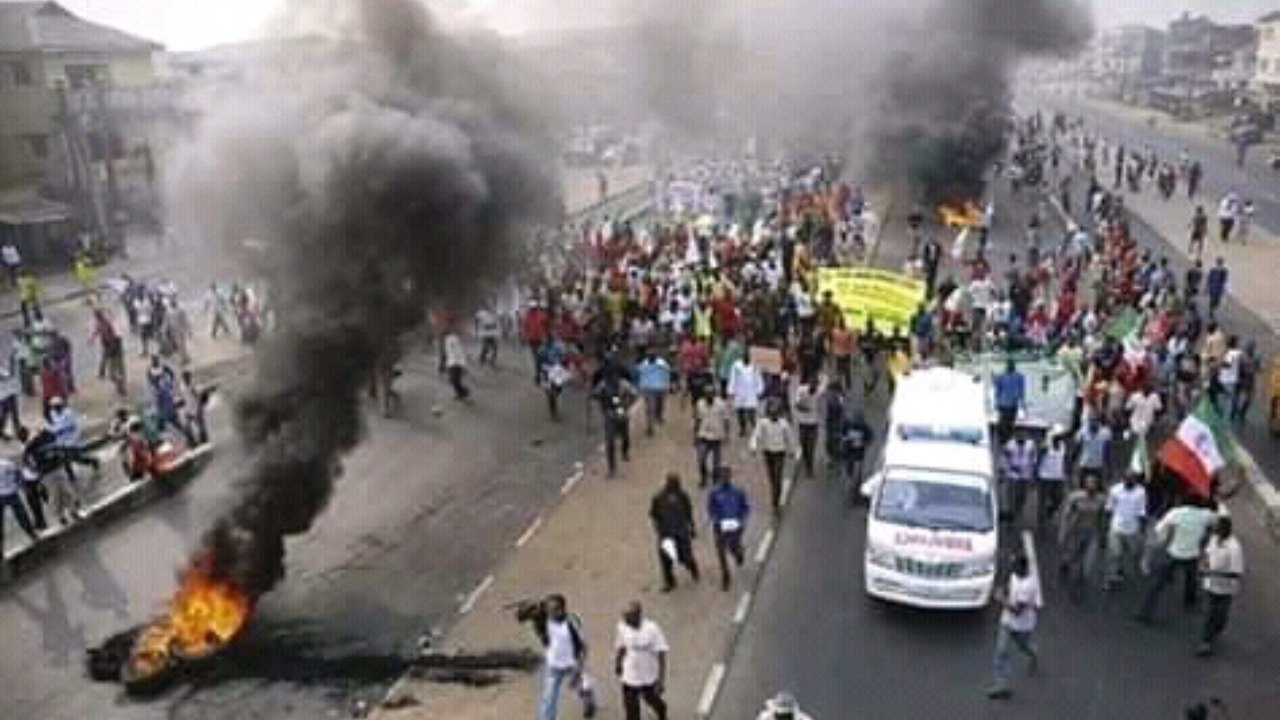 Youths are currently on the streets of some Northern cities over the widespread killings in the region.

Although Nigeria is currently facing a high wave of insecurity, bandits and terrorists have stepped up attacks in the north despite efforts of the government to contain them.

The protesters, who are wielding placards, have been sighted in Kano, Bauchi, Zamfara and Sokoto States.

They are also in the Federal Capital Territory (FCT)

Chanting songs of peace, the protesters called on President Muhammadu Buhari and governors to show more interest in tackling insecurity.

In Kano, young persons who headed to the Government House, wielded a banner with the inscription, ‘No More Blood Shed’.

Zainab Naseer Ahmad, who led the peaceful movement, lamented how insecurity is threatening the lives and livelihood of Nigerians.

“We come to share our concern and send a message to our leaders; we are tired of the worsening state of insecurity in the country.

“Every now and then, lives are lost, people are being unjustly killed like animals. We demand the return of peace in our societies.

“We are saying enough is enough, no more blood shed! Out-of-school children is witnessing a massive rise, orphans everywhere.

“We can’t travel in peace, economy is crumbling. People are burnt while travelling.”

The protesters marched from Audu Bako secretariat to Kano Government House, where security operatives received the group of protesters, listened to them and promised to take the matter further to the appropriate quarters.

There has been outrage in the land since bandits burnt alive some travellers in Sokoto earlier in the week.