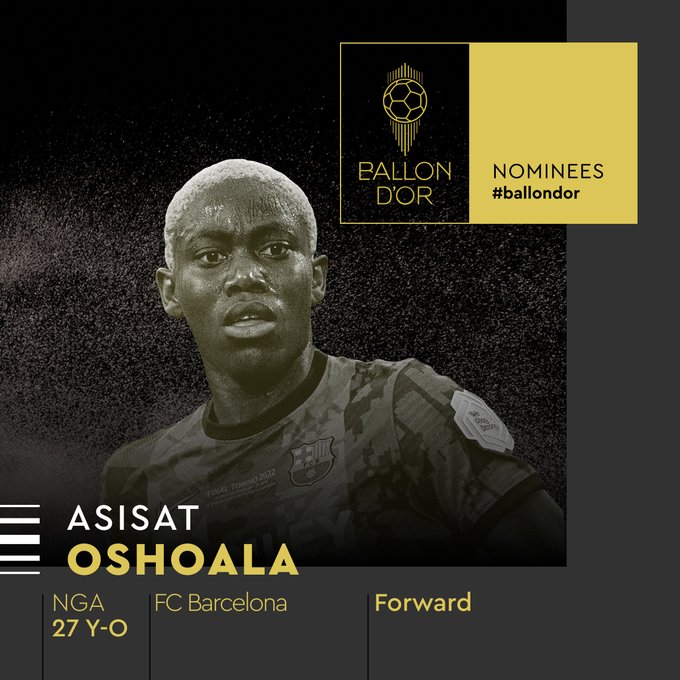 Nigeria’s Supper Falcon’s star, Asisat Oshoala has been nominated for the 2022 Ballon D’Or.

The Barcelona striker who recently won her fifth CAF Player of the Year Award was nominated alongside 12 other top football stars in the female category of the award.

Others also nominated include the current holder, Alexia Putellas of Spain and Barcelona, Beth Mead of England and Arsenal, Vivianne Miedema of Netherlands and Arsenal and Sam Kerr of Australia and Chelsea.

Related Topics:Ballon D’Or 2022
Up Next