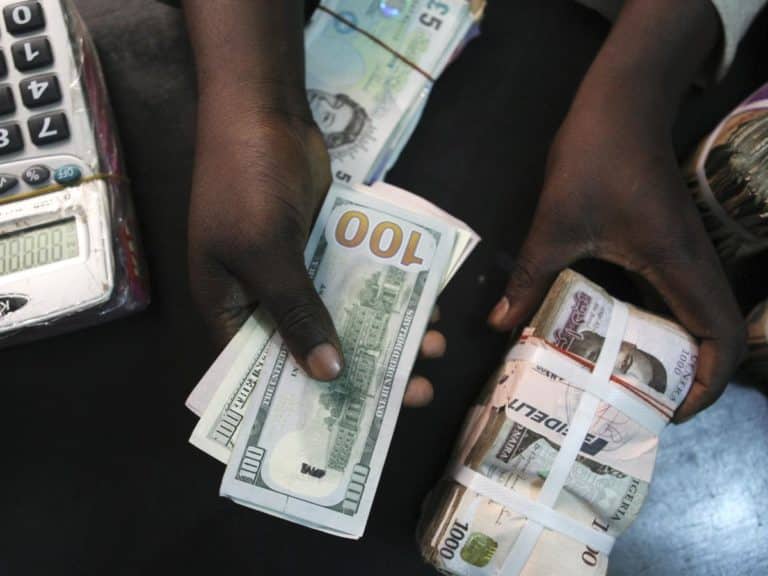 Newsonline reports that the exchange rate between the naira and the US dollar closed at N420.75/$1 at the Investors and Exporters (I&E) window.

This online newspaper reports that the naira recorded a 0.12% depreciation on Tuesday to close at N420.75/$1 compared to N420.25/$1 recorded in the previous trading session, representing its lowest level since 16th of May 2022. The fall in the local currency is despite the 129.7% surge in forex turnover to $113.12 million at the I&E window.

Meanwhile, the exchange rate remained stable at the parallel market, closing at N606 to a dollar on Tuesday, the same as recorded in the past two trading sessions. This is according to information from BDC operators in Nigeria.

The exchange rate at the P2P market moderated further on Wednesday, starting the day as low as N601/$1, compared to N602.5/$1 recorded as of the same time on Tuesday. This represents a 0.25% appreciation of the exchange rate.

Meanwhile, Nigeria’s external reserves fell by 0.09% on Monday, 4th June 2022 to stand at $38.42 billion from $38.46 billion recorded the previous day. The nation’s external had been on a downturn since 25th April 2022 largely due to the continuous intervention by the Central Bank in the FX market in order to ensure the stability of the local currency.

Advertisement
Related Topics:US dollar
Up Next