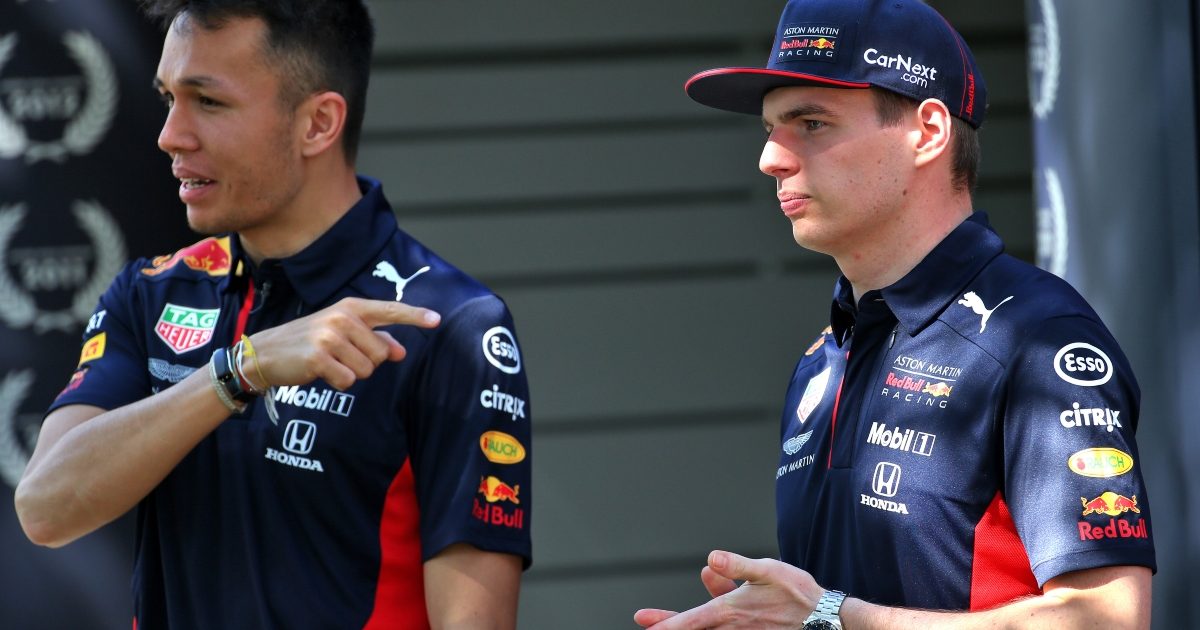 Max Verstappen’s ‘incredible’ mental strength has been recognized and hailed by Albon.

The Dutchman engaged in a Formula 1 title fight for the first time in 2021 and it happened to be one of the most eventful and explosive ones the sport has ever seen.

He ultimately prevailed in his battle with Lewis Hamilton that was decided on the final lap of the final race, and was widely praised for how he handled the pressure throughout the year.

Albon finds the Red Bull driver “incredible” in that area and is inspired by how strong he is mentally.

“More than anything, I was surprised by his ability not to worry,” the Williams man told motorsport-total.com.

“Mentally he’s incredible. He just drives the car and doesn’t think about the consequences or anything else that’s going on. That inspired me.

“If [Max] finished behind Lewis, he would say ‘okay, it doesn’t matter’. If he led a race or won a race, it was also ‘okay, whatever’.

“I admire that because it’s not easy to be in the limelight as much as he is.”

The manner in which Verstappen sealed his first title was hugely controversial, with race director Michael Masi going against standard protocol to put him right behind Hamilton for the final Safety Car restart in Abu Dhabi, allowing only the lapped cars between them to overtake.

Given that, there are many who feel the 24-year-old is a somewhat undeserving World Champion, but Albon does not believe that is the case.

While he understands such views and the anger felt by Mercedes, Hamilton and their fans, he feels things went against Verstappen and Red Bull too over the course of the year.

Given that, they deserved to prevail in his eyes.

“I can see both sides, of course,” he added.

“When I look at Silverstone, Hungary, Jeddah or even the first lap in Abu Dhabi, I have the impression the decisions were made against him.

“Of course, it must feel bad for Mercedes, but at the same time I think the [Red Bull] team deserved it.”

Albon spent 2021 as Red Bull’s test and reserve driver and feels the role has made him a better driver ahead of his return to the grid with Williams.