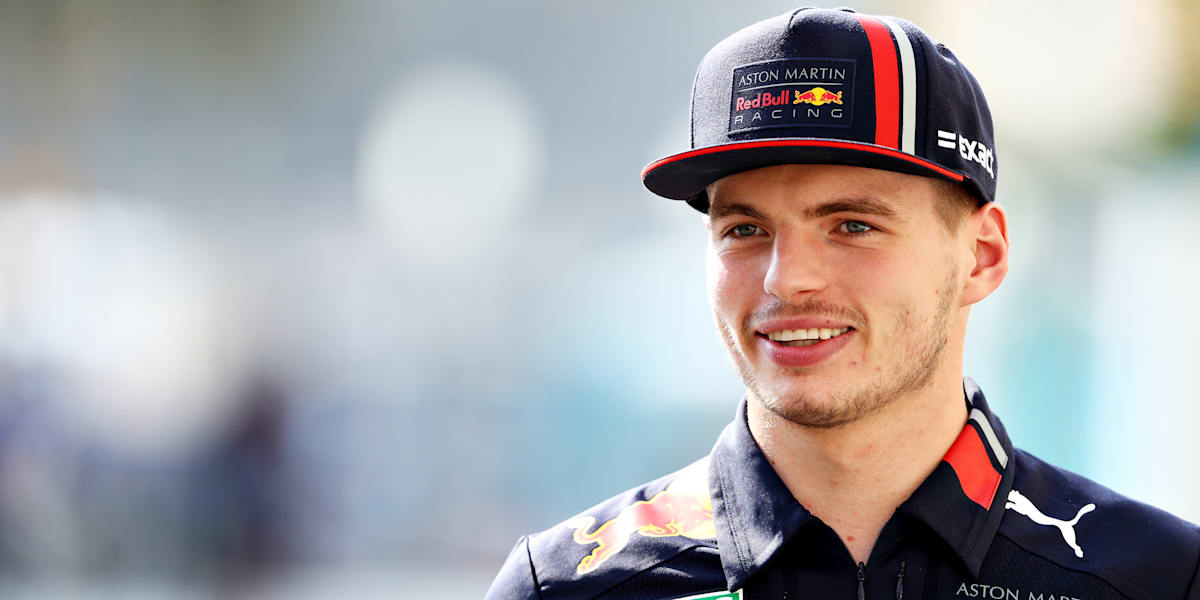 Max Verstappen has declared that Lewis Hamilton can count himself lucky to have won seven Drivers’ Championship titles before he was finally pipped by his Red Bull rival last year. Hamilton came up short in the final race of the season in Abu Dhabi, losing out to Verstappen after a late safety car period gave the Dutchman one final chance to clinch the honours on the very last lap.

Race director Michael Masi handed Verstappen a golden opportunity to fight back when he was allowed to move through the field after only the five lapped cars between himself and Hamilton were asked to overtake the safety car.

Verstappen went on to force his way around the Brit during the one-lap shootout that followed to rubber-stamp his maiden Drivers’ Championship triumph in dramatic fashion.

The result sparked plenty of post-race controversy as a result of the widely-held belief that all lapped cars would be required to un-lap themselves under the safety car in such a situation.

Hamilton, who was agonisingly close to sealing a record-breaking eighth title, is still believed to be mulling over whether or not to walk away from the sport after being left disillusioned by Masi’s handling of proceedings.

Last year was the first in the turbo-hybrid era in which Mercedes failed to complete a championship double, with Hamilton claiming the individual honours in six of the seven campaigns prior to 2021.

Verstappen has since taken the opportunity to aim a sly dig at his Silver Arrows rival by insisting that the 37-year-old has enjoyed plenty of his own luck throughout his dominance of F1 over the years.

“Everything that comes now is just a bonus and I am just going to enjoy it,” Verstappen told CarNext, as reported by GP Fans, when quizzed on his ambitions for the future after last year’s remarkable title win.

“You need a bit of luck to fight for seven or eight [titles]. You need a very dominant team as well to do that so you don’t always have that luck or you are not in that era.

“Sometimes it doesn’t happen. For me, I always wanted to win one and you will see where you go from there.

“Everything that comes now is a bonus but that doesn’t mean that if I lose a race… I will still be upset, but maybe a few minutes after I will say ‘it’s ok’.”

Meanwhile, it remains to be seen whether Hamilton will eventually confirm his return to the grid for the upcoming campaign over the coming weeks.

The first pre-season test is set to get underway in Barcelona in less than a month’s time, with a shock departure for Hamilton likely to leave Mercedes with almost no time at all to secure a suitable replacement.

The man from Stevenage is said to be waiting on the results of an FIA investigation into the events that unfolded in Abu Dhabi before making a decision on whether he will be able to trust the sport’s governing body in future.

However, the findings are set to be announced just two days before the first race in Bahrain in March, leaving Hamilton with a big decision to make before the action gets underway.

Martin Brundle recently suggested that Hamilton will not be able to resist the temptation of chasing an unprecedented eighth title, insisting that he is unlikely to hang up his gloves ahead of the new campaign.