The order followed a publication by Nigerian Concord, claiming the court had concluded plans to jail at all cost, a former Benue governor Gabriel Suswam, who is standing trial over alleged N3.1 billion fraud.

The newspaper had alleged on February 1 that Justice Abang, who is presently presiding over the trial of Suswam, had prior contact with the prosecution team and some All Progressives Congress (APC) officials in respect to the case.

Igbere TV had republished the story on its website the following day February 2, while also giving full credits to the online platform (Nigerian Concord) on whose website the story first appeared on.

Checks by this online medium shows that the ‘controversial publication’ was widely republished by several news platforms between the 1st and 3rd February, aside Igbere TV News.

But appearing in Court on Wednesday, Justice Abang ordered the Inspector-General of Police, Department of State Services (DSS) and the Economic and Financial Crimes Commission (EFCC), to apprehend the Igbere TV boss.

He gave the agencies 21 days (from today) to jointly carry out “proper findings” into the publication, submit their report and produce Mr. Anyalekwa in court.

Contacted, spokesman for Igbere TV said the publication was sourced from the website of a “credible national daily” which he said was duly acknowledged.

“We pulled down the report when we later discovered that the original source (Nigerian Concord), had deleted it from their website,” the Igbere TV spokesman added. 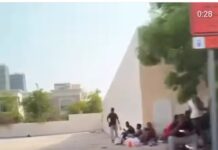 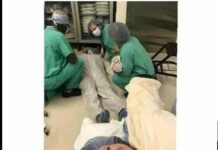 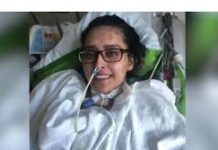