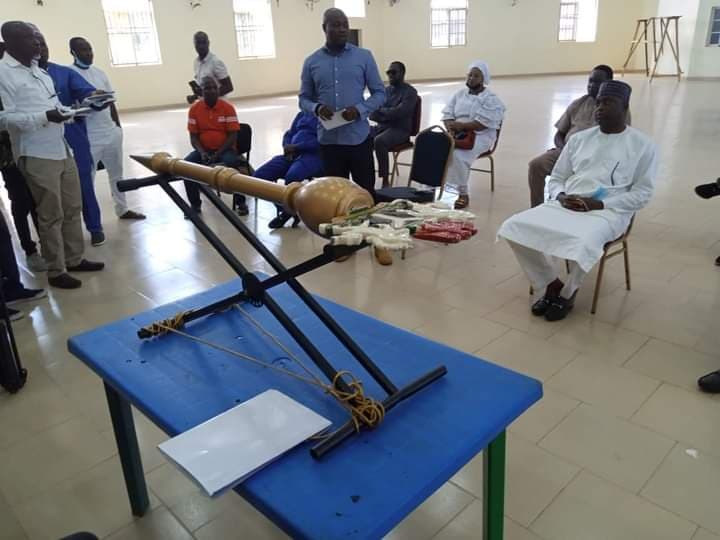 The impeached Speaker of the Plateau State House of Assembly, Hon Abok Ayuba, on Thursday held a parallel plenary following the his impeachment….

The session, presided by Hon Abok was reported to have suspended six members said to have spearheaded his impeachment.

The Editor Nigeria had reported how Abok was impeached in the early hours of Thursday following the endorsement of 16 out of the 24 members of the house.

Briefing journalists shortly after the sitting, the Chairman, House Committee on Information, Philip Dasu, who s loyal to the Abok, said “The constitution of the Federal Republic of Nigeria makes a clear provision for the impeachment of the Speaker. it requires a 2/3 majority. We are 24 and we are supposed to have a minimum of 16 members to sign and affirm the impeachment of the Speaker.

“To our greatest surprise, we were in the House today very early in the morning when we got an information that there was an attempt to impeach our Speaker. I went and I found seven people and I was the eighth person before the rest came.

“We are not in agreement with what happened. The Governor is a lawyer and knows the constitution. He will not accept that illegal process, if he does, it is left for him to battle with his profession.”