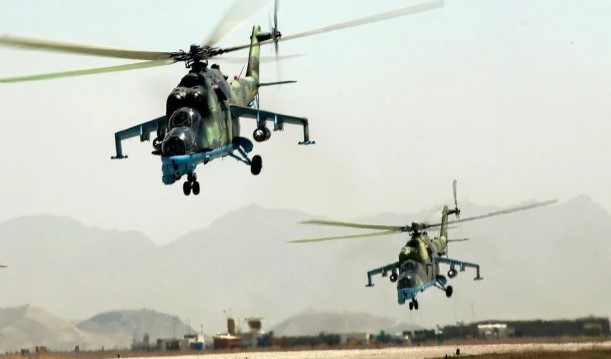 Editor Nigeria reports that there is serious tension in Imo State as the military has laid serious siege at all nooks and crannies of the state capital, Owerri, scaring residents with firearms.

This online news platform learnt that two military helicopters have kept hovering around the city for three days, mounting surveillance to ensure that they were not taken unawares by the â€˜unknown gunmenâ€™.

The development may have come as a result of the recent attack on governor Hope Uzodinmaâ€™s house in Omuma.

Recall that the state in a couple of days has witnessed unprecedented attacks from unknown gunmen which led to several loss of lives and property.

The situation seemed to have heightened since after the killing of the Eastern Security Network Commander in the Southeast region, Ikonso on Saturday.

The hoodlums, on Sunday night encountered the state Commissioner for Skills Acquisition and Entrepreneurship, Iyke Ume, shooting him twice on the shoulder and three other drivers around Orji divisional headquarters.

Also, a first-year student of Imo State University, identified as Nwaneri was shot dead alongside one other while she drove across the Government House roundabout, Owerri.

The worst hit was the killing of five police officers at Okigwe-South Police Area Command Headquarters in Orieagu, Ehime-mbano LGA of Imo state.

Motorists and commuters alike operating in the state capital, now live in fear of the unknown.

Some have relocated to their villages for fear of being hit by stray bullets.

The bandits had a field day on Wednesday evening patrolling the city of Owerri, shooting sporadically in the air as pedestrians and residents took to their heels for safety.

Further reports said that one trader was shot dead in Ogwa in Mbaitoli council area of the state while a handful were injured.