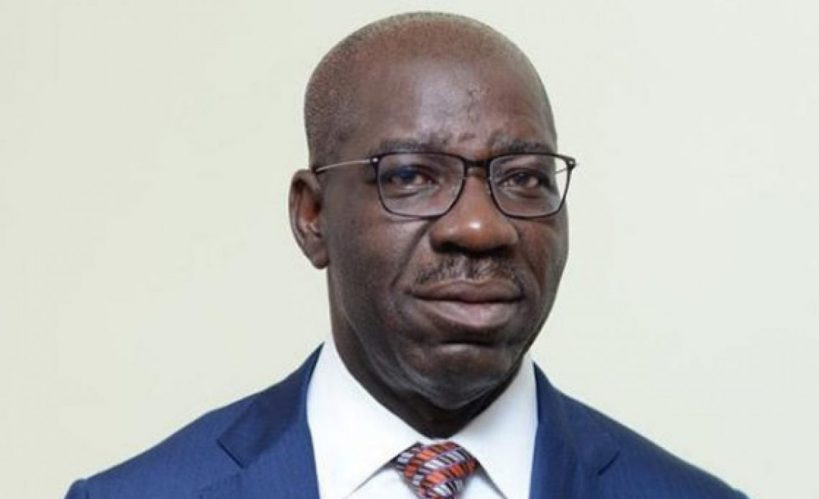 Governor Obaseki They claim that politics is distinct, filthy, capital intensive, contentious, and filled with so many other vile appendages; I do agree with them, but isn’t the same true in other professions as well? The same is evident in our religion, educational settings, social groups, and even individual families. When a family holds a simple funeral, the siblings would struggle to take various musicians to the same location for the funeral festivities.

In contrast, when this BIG man was alive, he never had separate stages if he wanted to celebrate his birthday, however, at death, the small family is divided.

Even in family activities, the African man flexes his muscles with his relatives, how much more so in politics where everyone is of diverse ancestry. As long as we have the same African blood, pride, and ego flowing through our politics, or any other career in Nigeria, we are the same. Because of his political craftiness and regular DIVINE backing from spiritual deities, I have always believed that Godwin Obaseki is an Oracle who should be worshipped.

Obaseki’s case is like KILLING AN ANT WITH A SLEDGE HAMMER or an AK 47 Riffle. He has a long history of battles that are not pleasant with his rivals.

In all of these confrontations, Obaseki was unconcerned about the collateral harm he may do to a large number of individuals depending on his opponents’ existence. When it comes to battle, Obaseki is cruel, and all indications are that he cares less about the eventual consequence, which is invariably fatal.

Even myself do wish not to go against the Governor, in local parlance ( Bside Slang) we go say “Obaseki Get As He Take Dey.” No be lie oh , you must be careful when fighting with Obaseki. Regardless of how insignificant the conflict may be, Obaseki always fights to the very end and makes sure to finish his opponent out. This behavior can be viewed as either terrible or positive, depending on your perspective.

Everyone is aware of how Obaseki switched over to the PDP and was given all privileges while displacing other politicians who wanted to run on the party’s platform after the APC closed their doors to his reelection campaign. Today, the INEC refused to list any PDP candidate in Edo State for both the Senate and House of Representatives seats until the party settles its legal challenges.

With this latest action, Obaseki has proven to be the supreme leader, and if it works, you can bet that the Governor would have succeeded in dealing with all of the old political order he encountered in politics in Edo State.

Today, he succeeded in making the APC the state’s opposition party. Now the PDP may end up as the second runner-up opposition party in the state, the thing no reach to make una laugh? I say make una fear Obaseki, the guy is ruthless in politicking. If the PDP does not field a candidate, Obaseki will have succeeded in retiring numerous politicians from both factions of the party.

Consider the list of PDP members that ran in the Edo South Senatorial elections and who Obaseki would depose if this INEC move is upheld. From the two incumbents at the NASS to those who bought forms and contested the elections.. With this stunt, all House of Assembly contenders from both factions would have jumped into the LAGOON. See, the collateral damage is significant and is either regrettable or commendable, depending again on your viewpoint.

The game now gets intriguing because Obaseki has ordered his reserve team of 11 to switch over to the Labour Party, and they have subsequently obtained tickets for the same posts that INEC has disallowed the PDP from running for. The LP primaries allegedly took place in the Government House under full INEC supervision. This drama is characteristic of a James Bond film. Therefore, if Obaseki loses in the PDP, the party won’t run candidates. Instead, Obaseki would join the Labour Party and, with his new Obidient MANTRA, the LP would take over as the dominant force in Edo State, with the APC trailing behind and the PDP attempting to catch up to the LP and APC. Obaseki would once more throw open the doors and appoint hundreds of SAs and SSAs from the LP party. He would also hold elections for the Local Government Councils, with the LP winning handily.

This is how it works: with over 4000 aids and local government chairman and councillors, the multiplying effect would result in over 70 thousand new converts to LP. Each SA or SSA would ensure that at least 5 members of their family circle became sympathetic to the Governor and his new party because of their appointment.

Edo State is already in a frenzy over the “Obidient Movement,” and if Obaseki joins the Labour Party, he might sweep significant seats in the House of Assembly and National Assembly; keep in mind that the PDP is now out of the race. These Labour enthusiasts would vote blindly for Obaseki’s candidates in Labour Party without Labour Party spending much money, you know say dem no dey SPEND SHISHI. Obaseki appears to be a good strategist, and his weak point, which happens to be his ego, may just be his weapon; Obaseki frantically seeks the jugular of his opponents; ignore him at your risk.

Take notice that Obaseki would enter the LP as the Alpha and Omega of the Party in the South South area, which would undoubtedly increase his popularity in the next months, but what happens after the 2023 general elections? Anyway, I hope the PDP wins this pointless fight since it would not serve Edo State’s interests if all of its star players were sent to the sidelines over insignificant political squabbles.

Advertisement
Related Topics:Obaseki
Up Next