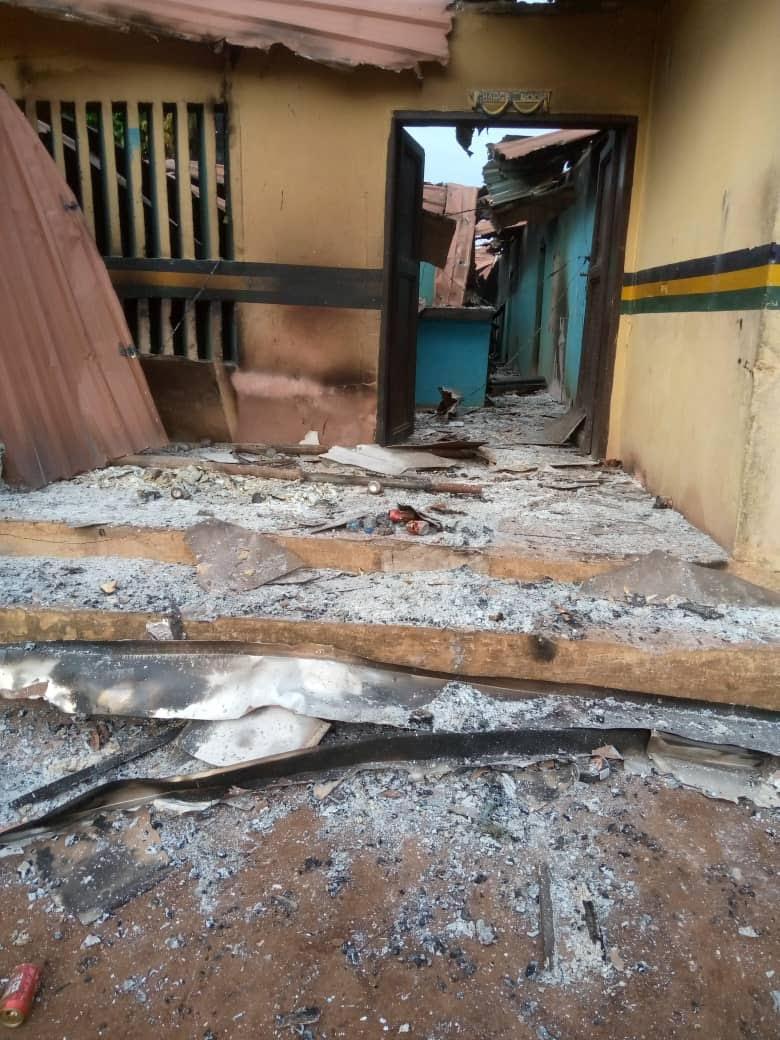 A Magistrate court, High court and divisional police station at Atta community in Njaba local government area of Imo state have been allegedly razed by unknown gunmen at midnight.

Unconfirmed sources in the area, there were long hours of sporadic gunshots in the community in the late hours of Friday night when people had gone to bed which caused panic among residents in the area.

According to the sources, waking up on Saturday morning they noticed that the Magistrate court, High court and divisional police station in the community were set ablaze although the police station is still under construction and no lives were lost. The sources who claimed anonymity added that security operatives have stormed the area to maintain law and order.

All efforts to get confirmation from the Imo state police Public relations officer Bala Elkana proved abortive as all calls to his phone were not answered.