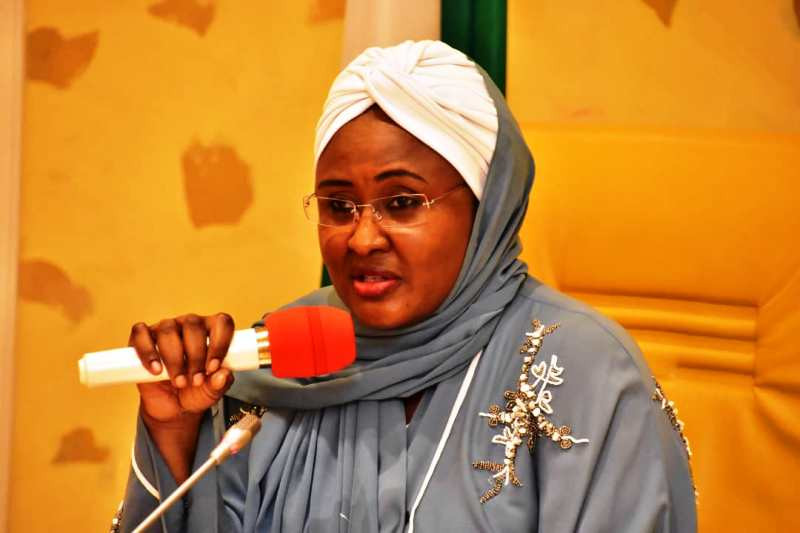 Wife of the president, Aisha Buhari, on Thursday, lamented that “one out of every four drug users, one is a woman”, charging traditional and religious bodies to step up advocacy against the menace.

According to her, “the 2021 joint survey of the National Bureau of Statistics and the Centre for Research and Information on Substance Abuse (CRISA), supported by the United Nations Office of Drug and Crime (UNODC) was disturbing.

“Nigeria had 14.3 million out of its productive population engaged in drug abuse and the figure is projected to rise by 40 per cent, by the year 2030.

“This is approximately 20 million of our 200 million + population, unless there is deliberate, massive and collaborative intervention to stem the tide.”

Mrs Buhari said this during  a drug awareness conference in Abuja, according to a statement by her spokesman Sani Zorro.

The conference was organised by the Initiative against Addiction and Substance Abuse in Nigeria(IAASAN), in collaboration with the National Drugs Law Enforcement Agency (NDLEA).

The First Lady urged stakeholders to join forces towards addressing the challenges associated with drug abuse in the country.

“It is only by working together that we could avoid the tragedy and helplessness of nations severely impacted by the drug trade and associated crimes,” she said.

She, therefore, emphasised the need for traditional and religious organisations to join the fight to help tackle the menace of drug trafficking and addiction in Nigeria.

“Imagine if our mosques and churches, priests and clergies had vigorously lent their voices, and asserted their influence towards cleansing the society of the menace of drug addiction and substance abuse!

“Imagine how germane and more relevant they could have been if our political parties were to prioritize societal challenges such as the fight against illicit drugs.

“Not only shall we give hope to communities challenged by this syndrome, we would have shown clear readiness to launch into a fundamental reform of our value system,” she said.

The first lady also told the gathering that women have a vital role to play towards moulding the characters of their children for better upbringing.

“In this campaign, women can therefore serve as educators and motivators of the right attitudes that their children would emulate,” she said.

The president’s wife expressed readiness to support any cause geared towards tackling the menace.