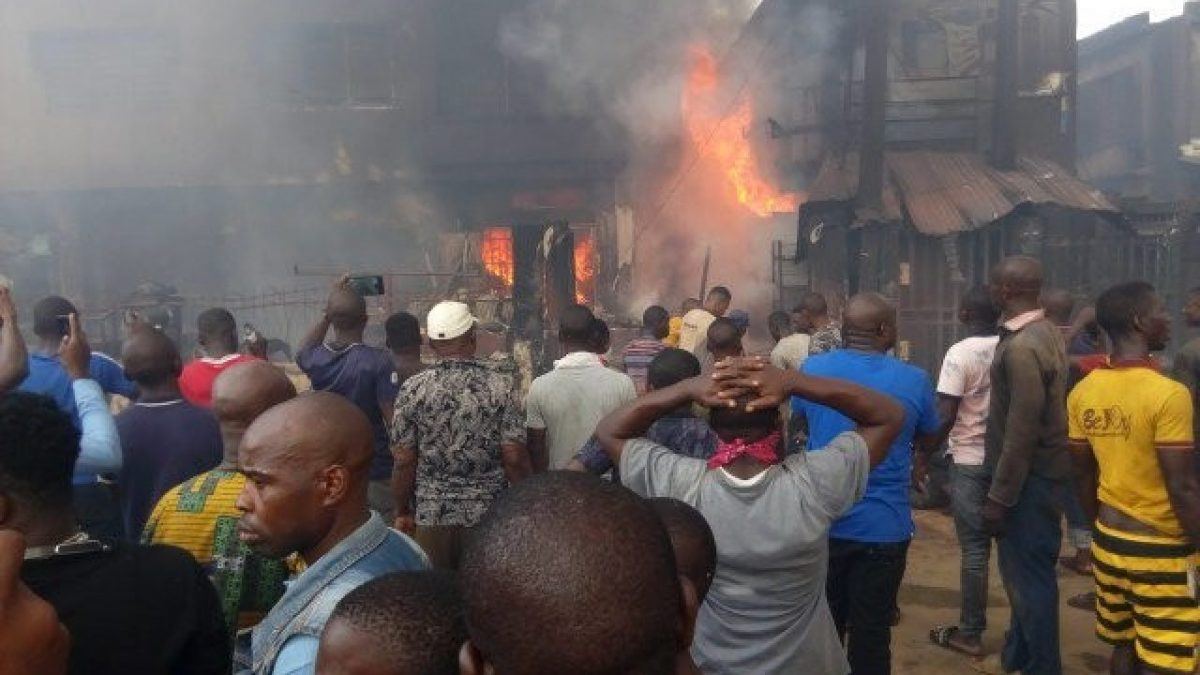 The Editor Nigeria reports that an early morning inferno has razed a shopping complex in the Computer Village in Ikeja, Lagos State.

Though the fire had been put out as at press time, the level of damage was massive following the intensity of the fire.

It could have been more, sources said, but for the quick intervention of early responders.

The Editor Nigeria learnt that the fire outbreak started at Otigba Street.

No life was lost in the incident.

The cause of the fire outbreak not yet known.