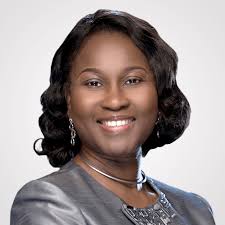 The Board of Directors of FCMB Group Plc have announced the appointment of Yemisi Edun as the Managing Director of First City Monument Bank (FCMB) Limited.

This announcement is subsequent to the end of service of the the bankâ€™s former Managing Director, Adam Nuru.

The Board had earlier reviewed media allegations made in late 2020 against the former MD and did not establish any contravention of its policies. The Board of Directors of FCMB thanks Mr Nuru for his years of dedicated service and wishes him all the best in his future endeavours.

In a statement on January 6, signed by the Company Secretary, Olufunmilayo Adedibu, the FCMB had announced Yemisi Edun as the acting Managing Director/CEO while Adam Nuru was said to have volunteered to go on leave to allow the Board conduct a review over allegations of an unethical romance between Mr Nuru and a former employee, Moyo Thomas, and the alleged link with her husbandâ€™s death.

She is a Fellow of the Institute of Chartered Accountants of Nigeria and a Certified Financial Analyst, CFA Charter holder.