ELON MUSK has joked that he wants to buy out soft drinks giant Coca-Cola so that he can put cocaine in the recipe.

The world’s richest man has already had an offer to take Twitter into private ownership accepted in a £35.02bn ($44bn) takeover. With Tesla and SpaceX already under the control of the tech mogul, Mr Musk’s 87.2 million followers were treated to yet a humorous update from the tycoon.

Mr Musk tweeted: “Next I’m buying Coca-Cola to put the cocaine back in.”

Needless to say, the memes and comments came rolling in following the news.

Baby Doge tweeted “new packaging?” as he shared a picture of a small self-sealing bag labelled “Coke” with a quantity of the soft drink replacing white powder. 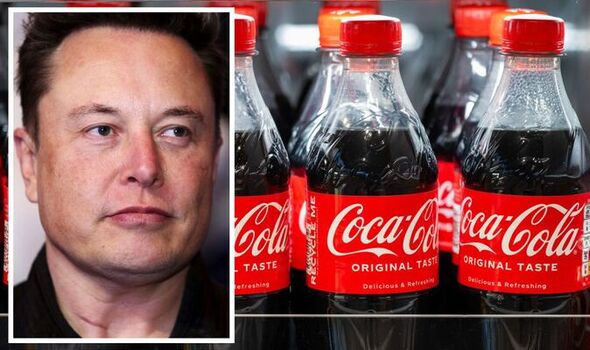 Another user, CryptoWhale, joked: “Can you buy McDonald’s and fix those damn ice cream machines?”

Coca-Cola did previously list cocaine as one of its ingredients.

According to the National Institute on Drug Abuse, cocaine was legal in 1885 when John Pemberton, a pharmacist from Atlanta, first brewed the drink.

The original recipe included an extract taken from coca leaves, hence giving rise to the name we all know today.

Mr Pemberton described the drink as a “patent medicine” and “brain tonic and intellectual beverage”.

A 1988 New York Times article on The Coca-Cola Company also reported how cocaine was initially included in the drink but eliminated by the 1900s.