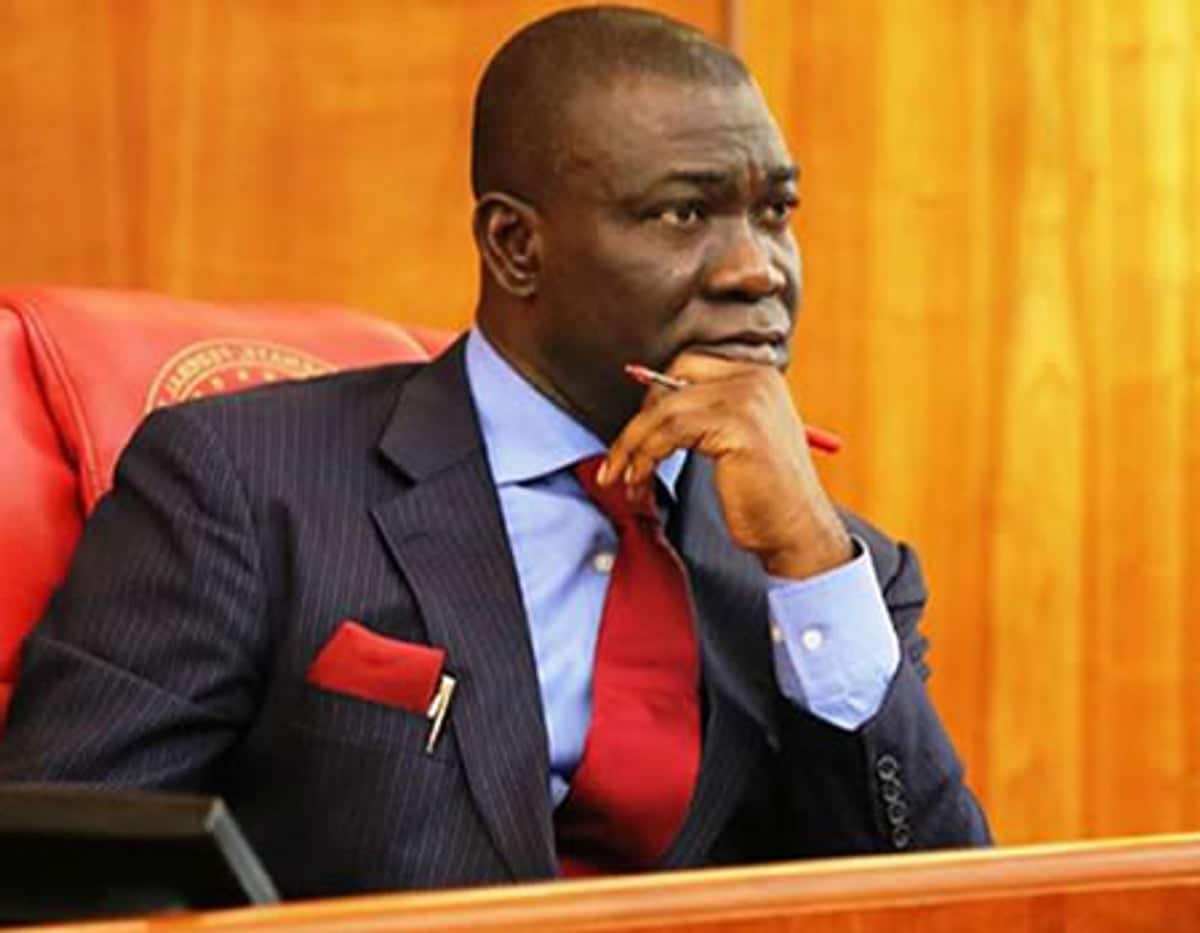 Former Deputy Senate President, Senator Ike Ekweremadu has finally ended his ambition to become the Governor of Enugu State in 2023.

This online medium reports that this brings to an end days of speculations after he withdrew from the Peoples Democratic Party, PDP, primary election in the State.

There have been reports of the federal lawmaker making moves to the All Progressives Congress, APC, in order to actualize his ambition.

But on Thursday, Ekweremadu issued a personal statement where he congratulated the winner of the PDP guber primary, Mr. Peter Mbah.

He went ahead to announce that he has quit the governorship race.

The full statement below:

In the last two years, we set out to run for the governorship of Enugu State. Our mission was to change the narrative in the governance of our state and possibly inspire other states in the delivery of impressive governance. Our hope was that this would lead to a total recalibration of governance in Nigeria with Enugu State as a starting point and model.

Within the period, we set up a platform with a grassroots base. We named it Oganiru Ndi Enugu. It was duly registered. We received 77 support groups, which showed uncommon support to our mission.

To show our seriousness, we developed and presented our manifesto entitled “My Agenda for Enugu State: A Pathway to a New Enugu State”.

We were set to deliver water and electricity to our cities and communities as well as impeccable environmental cleanliness.

We said that we would change the face of tourism with annual festival that would attract the world as well as institutions and facilities that would host conferences and events.

We were determined to provide jobs to our people to keep them from the temptation to commit crime and enhance their wellbeing as well as secure their future and the future of their children. Our solution was to build at least two industries in each of our local governments in four years. Our economy would have changed forever.

We had plans to secure our state using digital technology and a well-equipped Security and Public Safety Coordination Centre with adequate manpower. We committed to setting up an efficient state-funded security outfit and an Enugu State Identity Database to help fight crime.

We were ready to deliver world-class education to our people. We promised to run a 24-hour governance that would enhance service delivery. We were prepared to make Enugu people proud again.

Unfortunately, as we were doing these, some of our compatriots were busy conspiring and planting landmines to frustrate our rescue and transformation mission. We have witnessed betrayals and high level of ingratitude on this journey. Yet we remained focused.

I think we have fought a good fight to redefine governance in our dear state. It is time to review this journey and take a well-considered decision for the unity of our state. We have succeeded in opening the political space for greater participation. We have raised the consciousness of our people and opened their eyes to positive possibilities. Although these possibilities are today dimmed by fraudulent political practices, the light will never go out and we hope to rekindle the light in mentoring our youth in good governance, responsible political participation, and finest practice of democracy.

My dear friends, associates, and well-wishers, I know you have been waiting to hear from me. You have expressed to me individually and collectively your readiness to take a long journey with me to actualise our vision by whatever platform. I have deeply reflected on it all with a good sense of history, including my political history, and the need for the unity and peace of our state. No sacrifice will be too much. Therefore, I have come to a decision. Please, bear with me if my decision does not meet your expectations. I call for your understanding.

May I respectfully express my deep gratitude to our formidable campaign team, the Ikeoha Campaign Organisation; our irrepressible media team; our diehard supporters; those who have encouraged us financially and logistically; our security team; the youth of Enugu State; my ever supportive family; the Church and religious groups; the PDP executives at various levels in Enugu State, especially our wonderful statutory delegates, who unfortunately could not vote eventually; our traditional rulers; women organisations and other corporate organisations; Ndi Enugu in diaspora; and my numerous friends, admirers, and well-wishers within and outside Nigeria; and others too numerous to mention, for standing by us all this time.

As long as I live, I promise to stand by you collectively and individually in appreciation. I am pained by the experience of our people, who were injured in the series of senseless attacks on our disciples in the course of this journey as well as many being persecuted, some of whom are still facing sham trials and some in detention for offences they did not commit. Their only offence was their support for Ike Ekweremadu.

1. After consulting widely with the elders of our party as well as well meaning friends and respected elders across the country and beyond;

2. After a long and painstaking introspection on our contributions to the development of the PDP;

3. After considering the current security situation in the South East region and the need not to put anybody in harms way by a foreseeable combustive political environment, as my ambition is not worth the life of any Enugu son or daughter;

4. After considering that the things that hold us together as Ndi Enugu will ultimately outlive the treacheries of the moment;

5. After receiving assurances from the gubernatorial candidate of our party, Barr. Peter Mba, that he would integrate our “Pathway to a New Enugu State” in his programme and his assurances of the participation of everybody in his campaign team and government;

I, Senator Ike Ekweremadu, hereby formally withdraw from the 2023 gubernatorial contest in Enugu State. I congratulate Barr. Peter Mba and wish him success.

It is time to unite.