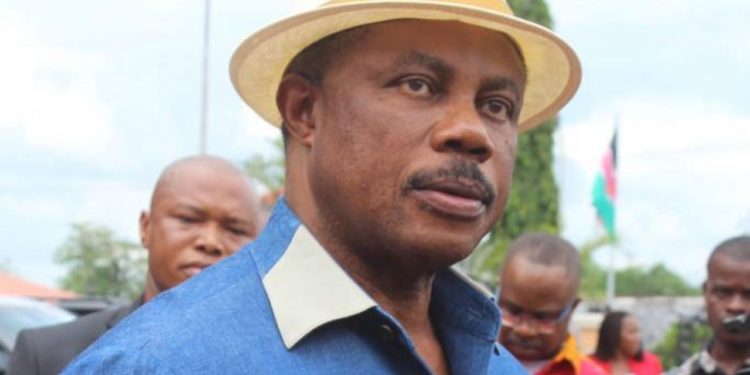 The Economic and Financial Crimes Commission, EFCC, has revealed why it arrested the immediate past Governor of Anambra State, Willie Obiano.

Many media houses had reported that the former governor was nabbed by the anti-graft agency on Thursday night at the Lagos International Airport, on his way out of the country.

The development came just a few hours after he handed over power to the new Governor of the State, Chukwuma Charles Soludo.

Speaking with BBC Pidgin, the Public Relations Officer of the commission, Wilson Uwajaren confirmed the arrest.

According to the commission’s spokesman, Obiano had been on the watchlist of the EFCC prior to the transition on Thursday.

He said, “Obiano has been on our watchlist for sometime now. He had immunity as a governor and that is why we could not arrest him before now.

“Today he lost the immunity and was traveling out of the country before we finally arrested him”.