The Editor Nigeria reports that a former Secretary to the Government of the Federation (SGF), Senator Anyim Pius Anyim, is currently being grilled by operatives of the Economic and Financial Crimes Commission (EFCC), Nigeria’s anti-graft agency.

A report monitored on Daily Trust by The Editor Nigeria.

, quoted a senior official of the commission to have said that the former Nigerian Senate President was invited as part of an investigation in a case of alleged corruption and diversion of public funds. 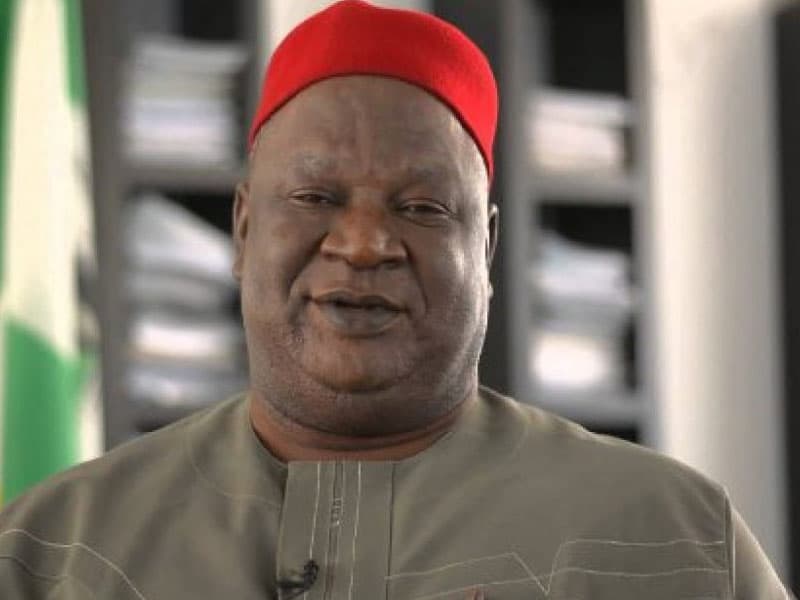 The report said the former Nigerian Senate President, who arrived at the headquarters of the anti-graft agency in Jabi, Abuja at about 3pm, is currently being grilled by a team of operatives.

Senator Anyim Pius Anyim.Though details of the specific allegations against the former SGF were sketchy as of this time, the report said, adding that a source familiar with the case informed that it is tied to the corruption and money laundering case involving a former Aviation Minister and serving senator, Senator Stella Oduah.

Part of the rehabilitation funds to the tune of N780 million were allegedly traced to a company in which Senator Anyim has an interest.

Meanwhile, The Editor Nigeria understands that the EFCC spokesman, Wilson Uwujaren, when contacted, said he has not been briefed.