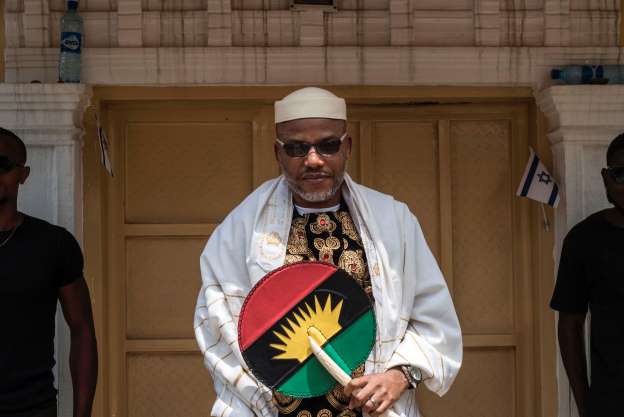 Justice Stephen Pam of the Federal High Court sitting in Port Harcourt has ordered the Nigerian Army to release Tochukwu Okeke, who has been detained since July 5 over allegations of sponsoring the proscribed Indigenous People of Biafra (IPOB), and its militant wing, the Eastern Security Network (ESN).

The court directed the service of the order on the Nigerian Army, the Chief of Army Staff, Farouk Yahaha and the General Officer Commanding, GOC, 82 Mechanized Division, Enugu, Taoreed Lagbaja, who were listed as 1st to 3rd Respondents in the suit marked FHC/PH/203/2021.

In a 26-paragraphed affidavit that was deposed to by Anih Nkem, the court was told that the Applicant was on July 5, arrested at the Akanu Ibiam International Airport by military officers.

The deponent alleged that the Applicant had since then, remained in a military cell at Enugu.

“That in spite of the fact that nothing criminal or incriminating was established against him, the Respondents have failed to release him or charge him to court or have him transferred to Nigeria Police Force and have continued to detain him at their cell without good food or water.

“That the men and officers of the Respondents have conducted a search of his abode but all their searches and ransacking of his home did not yield anything insidious or incriminating against him or lend any credence to the vague accusations by the officers of the Respondents that he was suspected of being a sponsor of the proscribed terrorist group, IPOB and its ESN.

“That the physical, mental and emotional health condition of the Applicant is deteriorating daily under the tortuous incarceration by the Respondents.

“That I believe that there is a grave danger of the Applicant dying of health issues or brain complications at the hands of the Respondents except this honourable court intervenes to save his life,” the affidavit further read.