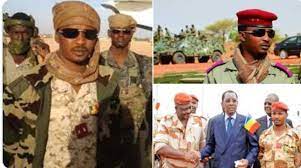 The army had earlier announced that one of Debyâ€™s sons would replace him as the head of a military council following the death of the leader who had ruled the country with an iron fist for three decades.

The army had on Monday announced that fighting left some 300 rebels of the Front for Change and Concord in Chad dead, while FACT claimed in a statement that Deby had been wounded â€“ a report that official sources could not confirm.

Deby â€œhas just breathed his last defending the sovereign nation on the battlefieldâ€ over the weekend, army spokesman General Azem Bermandoa Agouna said in a statement read out on state television.

Amazon To Set Up African Headquarters In South Africa

TINUBU: REASONS WHY HE IS A POLITICAL PHENOMENON