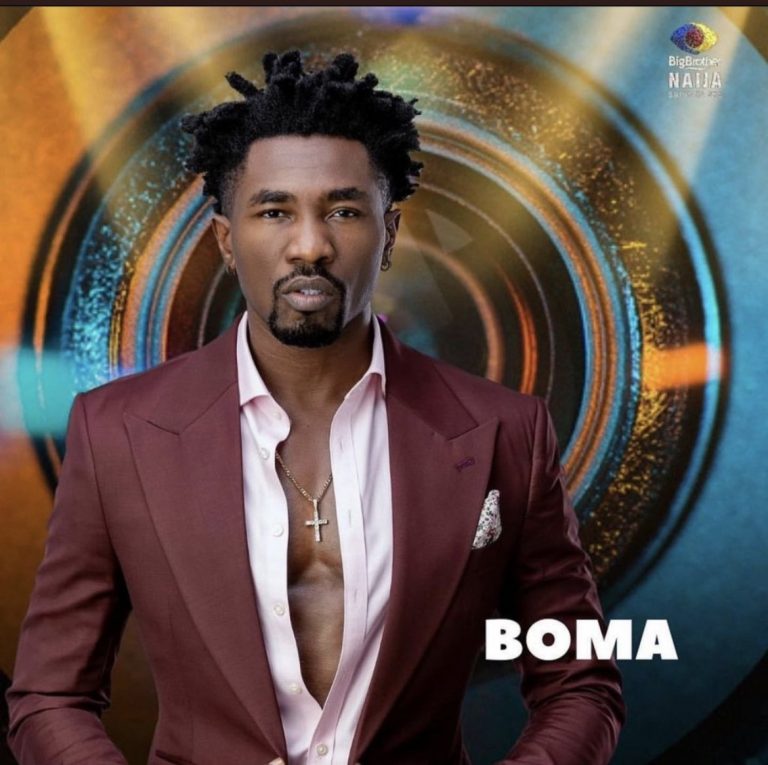 Big Brother Naija, season 6 housemate Boma has been evicted from the show  after polling the lowest votes from viewers and voters.

His eviction was announced by the show host, Ebuka Obi Uchendu during the third #BBNaija Shine Ya Eye Sunday Live eviction show on Sunday.

The 35-year-old mixologist became 12th housemate evicted in the BBNaija Shine Ya Eye.

The Editor Nigeria reports the 34-year-old ex-footballer and model engaged in a heated confrontation with Angel on Thursday — days after they shared a passionate kiss.

Organisers of BBNaija had announced that Sunday’s eviction will be a ‘Kingsize’ eviction.