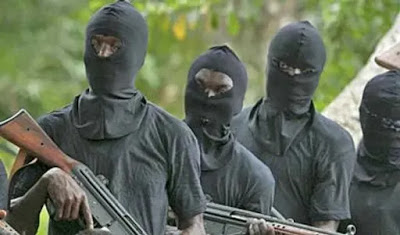 Gunmen suspected to be bandits have kidnapped two Catholic priests in Kaduna State.

In a statement on Friday night, signed by the Chancellor of Kafanchan Catholic Diocese, Reverend Father Emmanuel Okolo, he said Reverend Father Cheitnum is the Chairman, Christian Association of Nigeria, CAN, in Jema’a Local Government Area of the State.

He added that the two priests were kidnapped on Friday, while on their way to a function at the Rectory of Christ the King Catholic Church in Yadin Gura.

The Chancellor solicited intense prayers for the quick and safe release of the priests.

As of the time of filing this report, the bandits have not called to demand any ransom.

Catholic priests in Kaduna have come under attack by armed bandits in recent times.

Reverend Father Vitus Borogo was killed two months ago while working on his farm at Kujama, while several others have been kidnapped.

The Kaduna Police Command’s Public Relations Officer, DSP Mohammed Jalige did not pick his calls for confirmation of the incident.