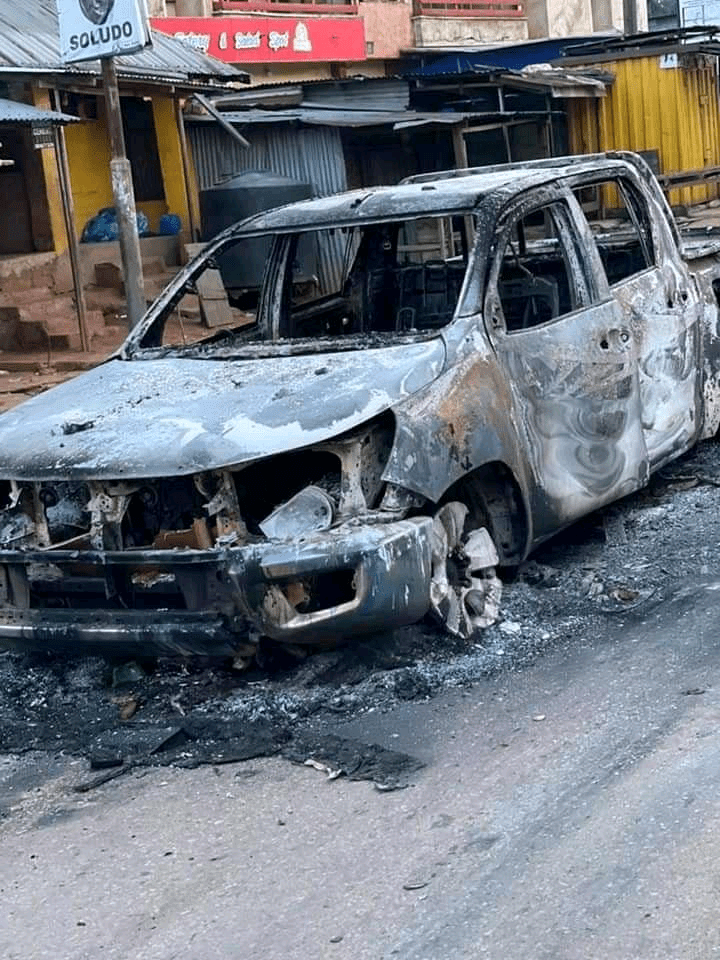 Four other persons including two vigilante members were reportedly killed while three vehicles were set ablaze during the attack which occurred at Afor -Nnobi, Idemili South local government area on Sunday night, September 26.

One of the vehicles burnt by the hoodlums belonged to Dr Nelson Omenugha, the son of Anambra Commissioner for Basic Education, Prof Kate Omenugha.

Omenugha, who is a major campaigner of All Progressives Grand Alliance (APGA) governorship candidate, Prof Chukwuma Soludo, confirmed that the attack, adding that the gunmen set his Hilux ablaze.

‘It was gathered that Nwokenagu popularly known as Eze-B, was a ward chairman under APGA and one of the most influential youths in Okpunoeze Uruagu, Nnewi.

Omenugha along with members of the Soludo team were said to be on their way to Nnobi from Awka when they were ambushed by the gunmen operating with Sienna. Meanwhile, a member of the All Progressives Congress (APC) was reporetdly killed duringa meeting while many others were injured at a rally in Nnewi on Sunday.

The APC Zonal Publicity Secretary, Arinze Igboeli and State Secretary of the party, Chukwkuma Agufugo, confirmed the Nnewi incident to The Nation on Monday.

Our party members in Nnewi had a meeting on Saturday and on Sunday, they came together again to deliberate before those people struck in the Uruagu Ward 3 office. Nobody knows what these people want in Anambra but it’s a pity and unfortunate that we’re witnessing such a thing in the State this period.” he narrated.

However, they called for proper investigation by security operatives of the Nnewi incident to avoid a repeat as governorship campaigns have begun in the State ahead of November 6 election.

Advertisement
Related Topics:Election
Up Next