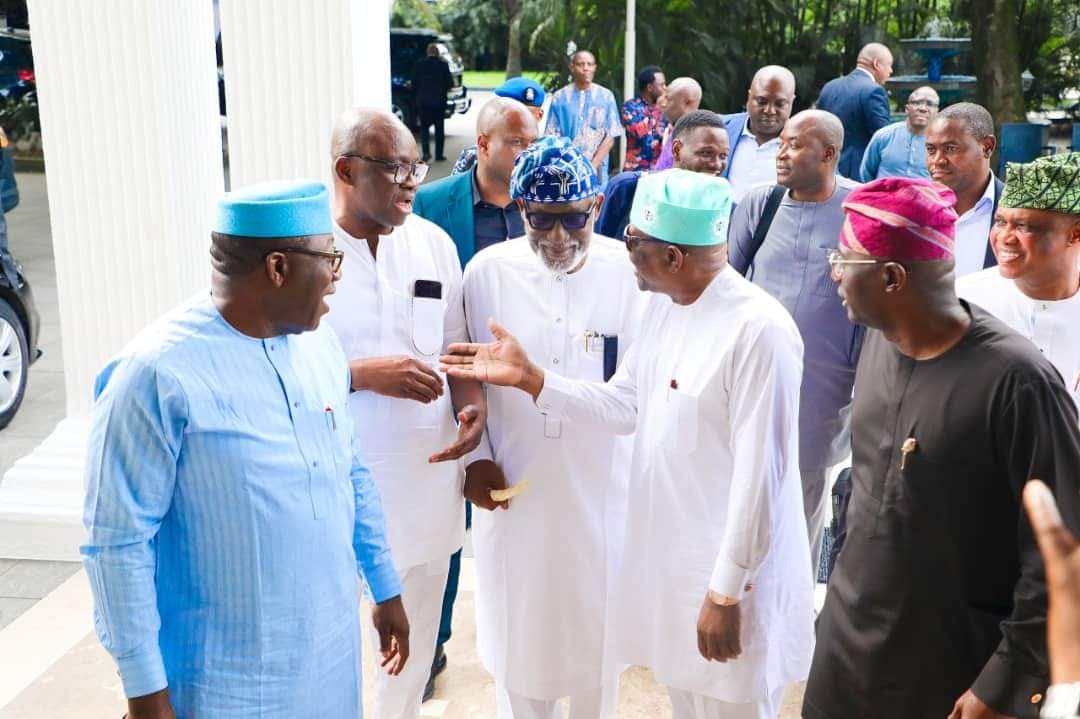 Three states governors on the platform of the All Progressives Congress, APC, on Friday met with Governor Nyesom Wike of Rivers State.

The meeting is holding at Wike’s private residence.

This follows reports that Wike is aggrieved with the leadership of the Peoples Democratic Party, PDP.

Wike is believed to be aggrieved over the refusal of Atiku Abubakar to pick him as his vice presidential running mate.

Be Armed; Shoot Back If Terrorists Shoot At You, Then There Will Peace – Ibiyeomie to Nigerians