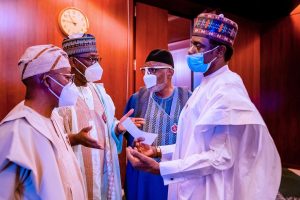 Ex-National Secretary of the Labour Party, Dr Kayode Ajulo has warned that the consensus arrangement of the All Progressives Congress (APC) which is expected to produce its National Chairman will be declared illegal if challenged in court.

He said any aspirant for the office of the National Chairmanship of the party has the ‘locus’ to challenge the consensus on the grounds that their rights to fairn contest has been denied and the court would listen.

In a statement which he sent to DAILY POST on Saturday in Abuja, the lawyer argued that the Electoral Act, as amended, did not make provision for consensus arrangement, hence, it’s strange to law, warning that it would be declared a nullity if the APC goes ahead with consensus.

Part of his statement read, “It is no more news that the National Convention of the All Progressives Congress has been slated for (today) Saturday, the 26th of March, 2022.

“In a twist of event, the APC governors and President Muhammadu Buhari, exercising their right of choice have resolved to pick one of the candidate as the Party’s Consensus Candidate for the position of the National Chairman of the Party at the upcoming National Convention.”

According to the statement, the party was not done with consensus for the National Chairmanship, but other positions in the National Working Committee (NWC) of the Party.

“The election of members of the executive committee or other governing body of a political party, including the election to fill a vacant position in any of the aforesaid bodies, shall be conducted democratically and allowing for all members of the party or duly elected delegates to vote in support of a candidate of their choice”.

The National Convention of the APC is currently taking place at Eagle Square, Abuja.