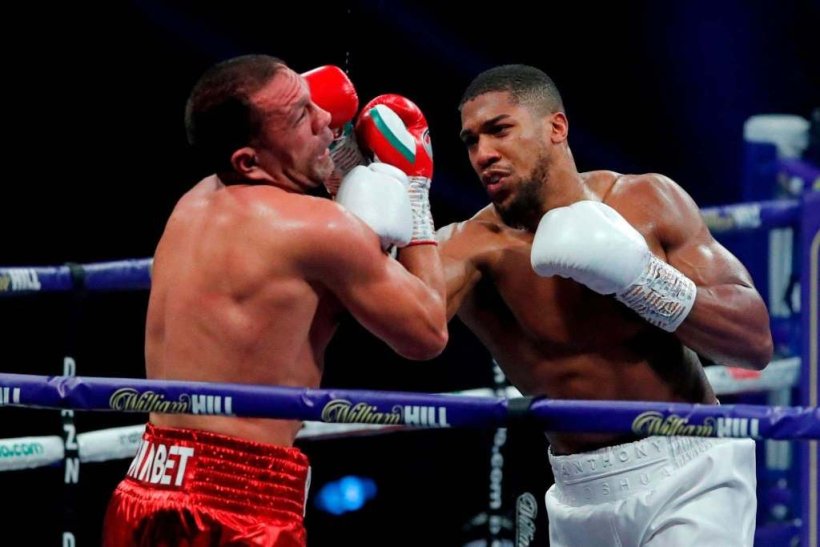 AnthonyÂ JoshuaÂ knocked out Kubrat Pulev in the ninth round at Londonâ€™s Wembley Arena on Saturday to retain his IBF, WBA and WBO world heavyweight titles.

Anthony Joshua showed some intent and in the second round, had Pulev on the ground, but he regained his conscious and gave Joshua a good fight up till the ninth round.

Joshua, in the ninth round was all jabs and uppercut, he successfully landed about seven uppercut on Pulev and the 6ft5 tower, landed on the canvass and couldnâ€™t regain his consciousness after 10 seconds.
The referee called time on the fight.

Ronaldo Defeats Messi, Others To Emerge Globe Soccer Player Of The Century