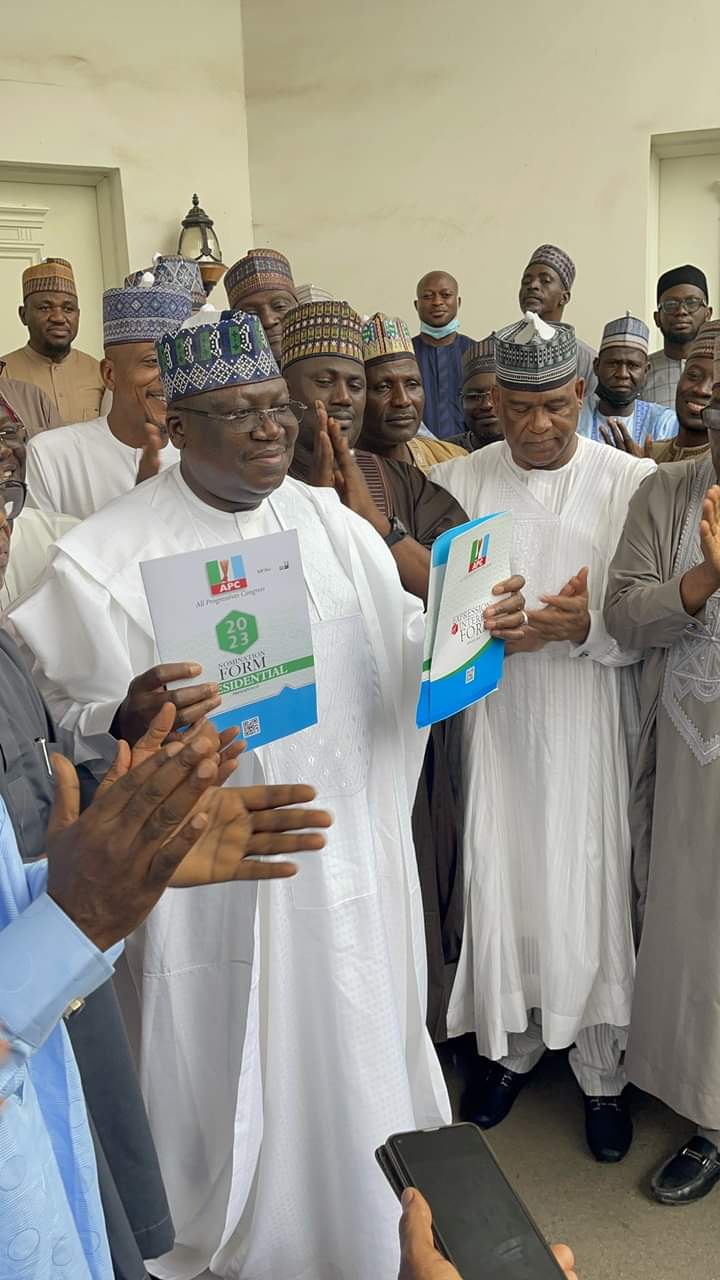 Senate President Senator Ahmad Lawan on Monday purchased the N100 million expression of interest and nomination forms to formally contest the presidential ticket of the All Progressives Congress (APC) for the 2023 poll.

APC chieftain Sam Nkire, who stormed the International Conference Centre, Abuja, venue for the sale of forms in the company of some senators to pick the forms for him, claimed that they are supporting him based on national stability.

“We are here you can see beside and behind me Senators and senior members businessmen and politicians who are members of the APC and some other Nigerians who want a new president. The new president they want is Ahmad Lawan, the current president of the Senate of Nigeria,” he said.

Asked if he has heeded the call to serve in the capacity, he said: “We are not here on our own, we have his backing. Even though friends and brothers contributed to purchase this form for him but he has given us the go-ahead.”

On whether the party’s zoning arrangement is no longer standing, he said: “Let me tell you, you’re a journalist, not a politician. Every politician is in politics to win. It is PDP that is driving us to do this. We have to say so. But we don’t want PDP to take the government from us. If you give the position to a Southerner and PDP gives to a Northerner, APC will go into the wilderness and we are not ready to go into the wilderness.”

JAMB to Reschedule UTME Exam for Candidates with Technical Issues