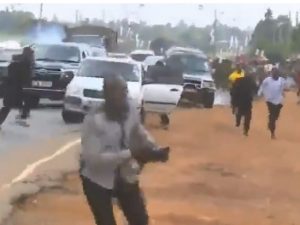 Heavy gunfire have been heard in Osisioma Aba, Abia State, as unknown gunmen are said to have attacked soldiers stationed there.

According to a source who wouldn’t want to be named, the unknown set patrol vehicle belonging to the soldiers on fire.