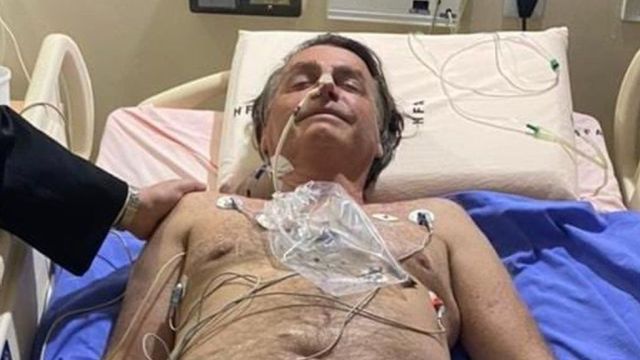 Brazilian President Jair Bolsonaro has been released from hospital four days after being admitted with serious intestine problems.

Mr Bolsonaro, 66, had been suffering persistent hiccups for 10 days.

There have been concerns about the far-right leaderâ€™s health since he was stabbed in the intestines while campaigning in 2018.

Mr Bolsonaro was seriously wounded in the attack and lost 40% of his blood. He has had several operations since.

After treatment for an obstruction to the intestine, which did not need surgery, he promised to be back at his office on Monday morning.

â€œOnly God can remove me from that chair,â€ Mr Bolsonaro said upon leaving hospital, in reference to the presidency.

â€œI wanted to leave from day one, but they didnâ€™t let me. I hope in 10 days Iâ€™ll be eating barbecued ribs, eating anything,â€ he added.