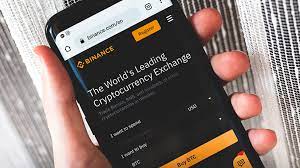 Binance has temporarily paused withdrawals of a major stablecoin after customers pulled over $2 billion in funds, as worries about the crypto exchange’s stability grow after the collapse of FTX.

The world’s largest crypto exchange will freeze all withdrawals of USD Coin while it conducts a “token swap” to boost its holdings of the dollar-pegged token, CEO Changpeng Zhao said Tuesday.

“On USDC, we have seen an increase in withdrawals,” the Binance boss, commonly known as “CZ”, tweeted.

Binance has faced questions over transparency about its reserves and reports of an imminent investigation by US prosecutors in recent days, which have rattled some crypto investors in the wake of the collapse of now-bankrupt rival FTX.

Binance requires traditional fiat currency held by a New York bank to swap some of its Paxos Standard and Binance USD stablecoins for USDC, so that it has sufficient holdings of the token for withdrawals to continue, Zhao added.

“The banks are not open for another few hours,” he said. “We expect the situation will be restored when the banks open.”

USDC has its value fixed at $1, and it is used by some crypto traders as a place to park their cash at times of high uncertainty or volatility.

The stablecoin maintained its dollar peg Tuesday, while Binance Coin — a native token that is seen as reflecting customers’ trust in the exchange — had slipped 5.12% to trade at just under $269 at last check Tuesday.

Binance halted USDC withdrawals after customers pulled over $2 billion worth of cryptocurrency from the exchange Monday, according to data from blockchain intelligence platform Nansen.

Those withdrawals came after top accountants and legal experts slammed a proof of reserves report published last week, where Binance claimed its bitcoin holdings were overcollateralized – which would mean it held more than enough of the token to cover its losses in case of a default.

US prosecutors are revving up to charge CZ’s crypto group for violating anti-money-laundering regulations from 2018 onwards, Reuters reported Monday. The report said Binance processed over $10 billion worth of illegal payments in 2022.

In follow-up tweets Tuesday, CZ called on Binance customers to avoid acting based on “FUD” – an acronym for the feelings “fear, uncertainty, and doubt” that crypto bulls believe drive some traders away from the digital asset space.

Crypto investors are on alert for any sign that the problems that helped pull down FTX could spread to other platforms. The now-bankrupt crypto exchange collapsed after facing a liquidity squeeze, and over 1 million customers may have lost money, according to NPR.

At the request of the US, authorities in the Bahamas arrested FTX’s founder and former CEO Sam Bankman-Fried on Monday. He faces allegations he illegally misused billions of dollars in FTX customer funds to prop up sister trading firm Alameda Research.

Binance representatives declined to comment further on this story.