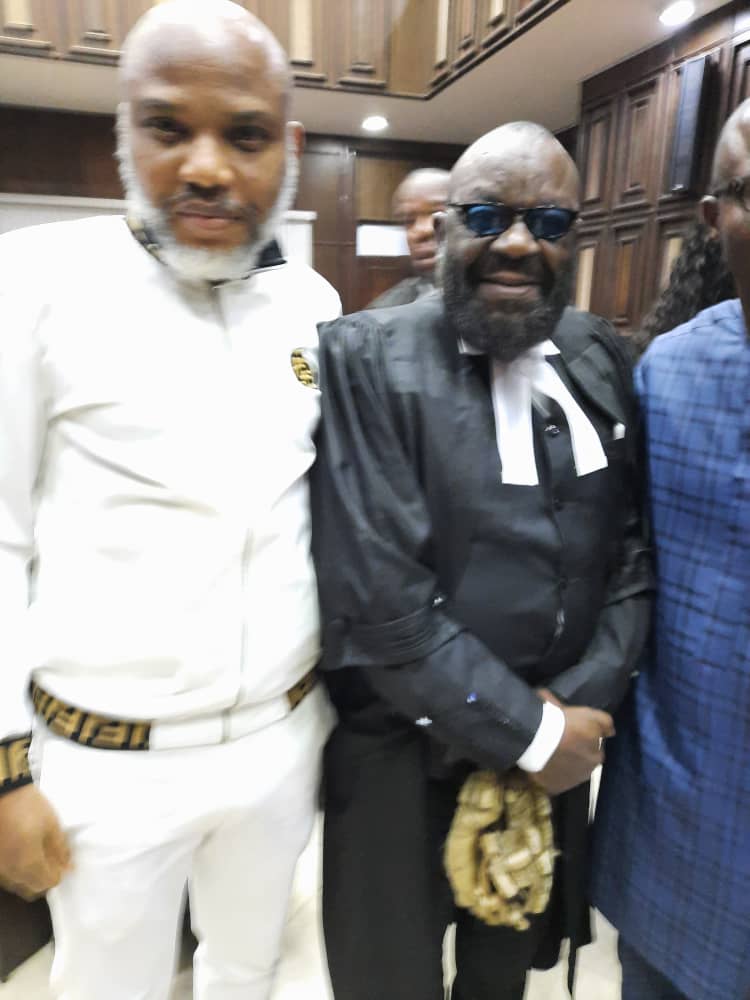 Nnamdi Kanu, the leader of the Indigenous People of Biafra, IPOB, has arrived the Abuja Federal High Court as his trial resumes.

Kanu was brought to court by operatives of the Department of State Services, DSS.

The IPOB leader is facing trial before Justice Binta Nyako-led court for charges bordering on terrorism.

A few weeks ago, Justice Nyako had struck out some charges from those levelled against Kanu by the Federal Government.

However, the court is expected to rule on Kanu’s bail application today.

Kanu has been locked up by the DSS since he was arrested in June 2021.

The IPOB leader was rearrested in Kenya and repatriated to Nigeria.