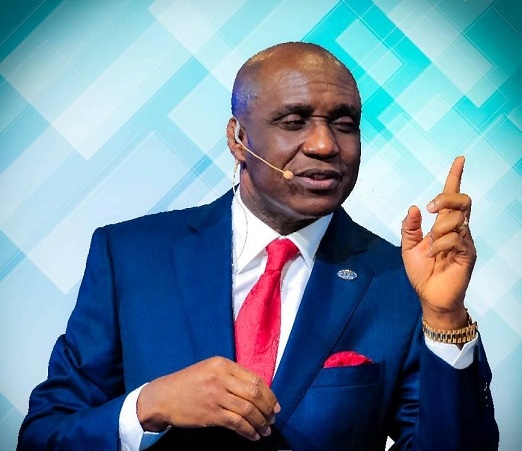 The General Overseer of Salvation Ministry, Pastor David Ibiyeomie on Friday told Nigerians, particularly those in the North to defend themselves against terrorist attacks.

The cleric urged Nigerians in areas ravaged by terrorism in the North to buy arms for self-defence, adding that until residents begin to defend themselves, there will be no peace in such areas.

According to Daily Post, this was contained in one of his sermons at the church’s headquarters, Port Harcourt, Rivers State, in which he urged Nigerians to shoot back when they are shot at.

“All of you in Kaduna, hear me: get good walking stick so that it can support you when you are moving. They are not the only ones who know where to buy walking stick.

“If they shoot, you too shoot; if they fire, you fire. Then there will be peace. Defend yourself.”

SaharaReporters earlier reported that the Zamfara State Government advised the residents of the state to acquire guns to defend themselves against terrorist and bandit attacks.

The directive was contained in a special government announcement signed by the State Commissioner for Information, Hon Ibrahim Magaji Dosara.

In the special announcement, the government said it had directed the state police commissioner to issue licences to all those who were qualified and were wishing to obtain guns to defend themselves.

It said the state was ready to facilitate people, especially farmers to secure basic weapons to defend themselves, adding that it would establish a centre for the collection of intelligence on the activities of informants.

Zamfara is not the first state that has called for self-defence amid deteriorating insecurity across the federation. Recently, Ondo State Governor, Mr. Rotimi Akeredolu, noted that the governors “can no longer fold their arms or rely exclusively on the distant federal police to adequately protect the lives and property of residents.”