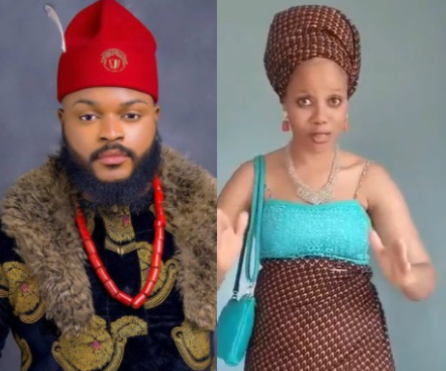 A Nigerian woman, Lisar Kanu, has rubbished claims that WhiteMoney is being selfless for cooking for the 22 housemates in the ongoing #BBNaija ”Shine Ya Eye” house.

The Editor Nigeria reports that WhiteMoney took to the kitchen immediately he entered the house to cook for his housemates. Last week, the immediate past head of house, Pere, relieved him of his duty in the kitchen, saying he needs to put an end to WhiteMoney’s monopoly of the kitchen. This caused chaos in the house as most of the housemates including ladies refused to cook.

In a video shared online, Lisar opined that WhiteMoney is not being selfless for cooking. She asked if he wasn’t in the house, would he cook for 22 people or for his sisters if he was in a family house.

”Remove the fact that he is your favorite. If there is no camera in the house, your favorite WHitemoney will not cook for 22 people. I like the guy. He has a serious startegy. That is a game. Anything for the 90 million is okay.”

Lisar argued that shortly after Pere took over the kitchen duties from Whitemoney, there was serious hunger in the house as most of the housemates refused to cook,the Editor reports.

‘There are 22 people in the house. Inside this 22 people, twelve of them are women. Most of them claim they are caterers.

See her video below;