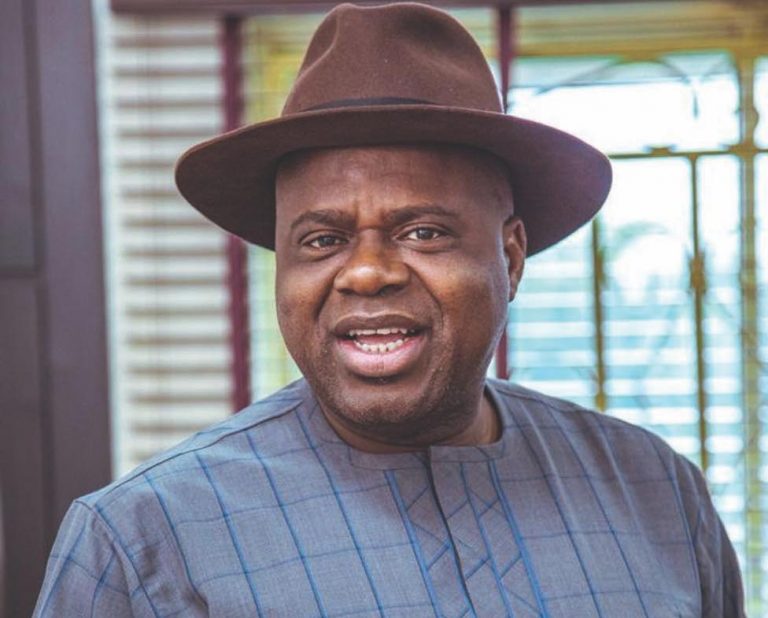 Governor Douye Diri of Bayelsa, has lauded the partnership between the state government and the Nigerian Airforce, saying it contributed to the prevailing peace in the state.

Diri gave this commendation in his office in Yenagoa, when he played host to the Chief of Air Staff, Air Vice Marshal Oladayo Amao, on Friday.

He said that the cordial relationship between the Airforce and Bayelsa, which predated his administration, had been beneficial to both parties.

The News Agency of Nigeria (NAN) reports that Diri commended the Airforce personnel in the state, for their high level of professionalism, especially in civil-military relationship and efforts toward ensuring that the state is safe.

He noted that the Amaoâ€™s visit would strengthen the relationship with the state and expressed the governmentâ€™s willingness to continue to work with the Airforce and other security formations.

Diri expressed concern over the security situation in parts of the country and called for concerted efforts on the part of leaders to ensure justice, peace and unity.

He congratulated the new Chief of Air Staff on his appointment, saying it was on merit and would help tackle the security challenges in the country.

He said: â€œWe handed this state over to God and He is going ahead of us to bring peace. He is helping the state, the country and all the security formations to ensure peace.

â€ I thank God for the state of security in the state because God is involved. I thank your officers for their efforts in keeping the state safe.

â€œLet me also thank you for endorsing the Airforce Secondary School in Bayelsa. We are looking forward to it.

In his remarks, Amao said he is on an operational visit to see how the force is faring in the state.

He described Bayelsa as one of the most peaceful states in the country and commended the state governmentâ€™s efforts at ensuring peace and stability.

Amao assured that the Airforce would continue to work with the government to ensure that the state remains safe.

In a related development, Diri also received the new Commander of the 16 Brigade, Nigeria Army, Brig.-Gen. Azubuike Awolo, who was posted to the state in April this year.

While appreciating Awoloâ€™s commitment to duty, Diri urged the Nigerian Army to collaborate with other security agencies in enhancing harmonious civil-military relationship in the state and to promote peace, stability, and development.

In his remarks, the Brigade Commander said his visit was to identify with the state government and offer the commandâ€™s assurance that they would partner with other sister security agencies, to ensure that Bayelsa remains peaceful.