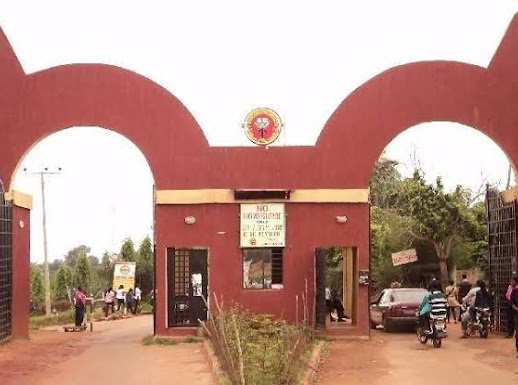 The management of the Federal Polytechnic, Auchi, Edo State, has banned cars belonging to students from entering the school campus, NaijaCover Reports.

The institution disclosed this in a circular dated September 22, 2021 As Obtained By NaijaCover, and signed by its Registrar, G.E. Ihiokhan.

The circular stated that the measure followed “disturbing reports” received by the institution’s management on reckless driving and illegal packing by students.

“Management has received disturbing reports on the reckless driving of cars on campus by students. They drive against traffic rules, park cars on designated official car lots for staff, and speed across bumps with reckless abandonment, thereby, endangering the lives and property of both staff and students on campus. Management seriously frowns at this ugly trend, which is increasing by the day and has therefore, decided to put an end to it forthwith,” the circular read.

“Consequently, Management has hereby directed that all cars belonging to students should be banned from entering into the campus henceforth, till the end of the ongoing examinations,”

See The Statement As Obtained By NaijaCover 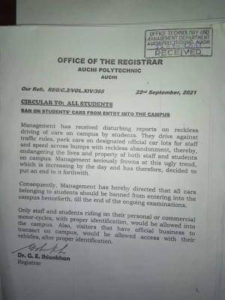