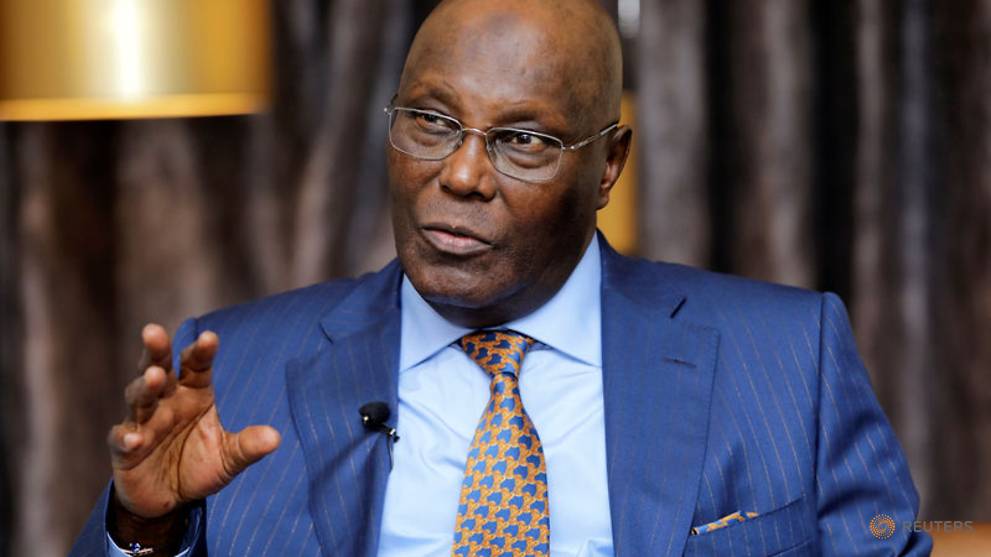 Last Friday, Atiku Abubakar, presidential candidate of the Peoples Democratic Party (PDP), criticised the decision of Bola Tinubu, presidential flagbearer of the All Progressives Congress (APC), to choose a Muslim as his running mate.

Atiku disclosed that his “fundamental disagreement” with Tinubu since 2007 was the idea of a Muslim-Muslim presidential ticket.

“Tinubu wanted to be my running mate when I was given the ACN presidential ticket in 2007, but I disagreed. And because of that, he switched his support to the late Umar Yar’Adua. That was the parting point,” Atiku had said.

Responding to Atiku’s comment, Tinubu described the PDP candidate as a “pathological liar”, saying he offered him the vice-presidential ticket.

However, the account of Bisi Akande, former APC interim chairman, documented in his autobiography titled: ‘My Participations’ shows how Atiku opposed the nomination of the former Lagos governor as his running mate.

In 2007, Akande, a former Osun governor, was the national chairman of the Action Congress (AC), to which Atiku and Tinubu belonged.

Although recent developments indicate Atiku’s opposition to a Muslim-Muslim presidential ticket — but was that always the case?

Atiku’s first shot at the presidency was the 1993 presidential election on the platform of the Social Democratic Party (SDP). Atiku contested the SDP presidential primary which took place in Jos, Plateau state capital.

In the first ballot of the primary, Atiku came third with 2,066 votes, Babagana Kingibe placed second with 3,225 votes while Moshood Abiola won the election with 3,617 votes. Because the margin between Abiola and Kingibe was not up to 400 votes, a second ballot was declared to determine the final winner.

Before the second ballot, Abiola was said to have made an unwritten agreement with Atiku and his camp that the latter should support him in exchange for a vice-presidential slot.

During the second ballot, the three leading candidates were asked to address the delegates, and when it was Atiku’s turn, the former vice-president withdrew from the race and asked his supporters to support Abiola.

Despite Atiku’s withdrawal in support of Abiola, the late businessman picked the ex-diplomat who came second in the primary as his running mate. The Abiola-Kingibe partnership was a Muslim-Muslim presidential ticket.

The former vice-president, in his autobiography, titled: ‘My Life’, said there was an agreement that he would support Abiola’s candidacy for a vice-presidential candidate slot.

He added that Shehu Musa Yar’Adua’s group, to which he belonged, was angry that Abiola reneged on the agreement.

“I contested and won the SDP presidential primary in Adamawa State in March 1993. Moshood Abiola, 55 years old, and Babagana Kingibe, 48, had also won in their respective states,” Atiku wrote.

“Altogether, 27 of us from various states converged in Jos in March 1993 to contest the SDP Presidential ticket at the national convention of the party.

“I campaigned on the need for a strong economy with agriculture as a top priority. I promised Nigerians that their collective interest would count first when far-reaching economic decisions were being taken.

“I said I would run a true federalism if elected president. To stop Kingibe, whom we all believed had betrayed our group, the Yar Adua group resolved to negotiate with Abiola.

“We would support Abiola’s candidacy for the presidency in return for making me his running mate. We met Abiola and his key advisers and agreed to go to the Jos convention to push for an Abiola-Atiku ticket.

“Thereafter, we would harmonize our campaign structures and finances. At the end of the first ballot, Abiola came first with 3,617 votes. Kingibe came a close second with 3,225 votes. I came third with 2,066 votes.

“We met again with Abiola. We agreed that I should step down for Abiola in the final round of voting. I agreed to subordinate my personal ambition for the sake of democracy.

“I was ready for any personal sacrifice that could end military rule in Nigeria. In the two-way race between Abiola and Kingibe, Abiola triumphed with 2,683 votes to Kingibe s 2,456 votes.

“However, Abiola refused to honour the agreement to make me his running mate. He picked Babagana Kingibe. Yar Adua was angry over Abiola s betrayal. I knew it would be difficult to persuade him to support Abiola again.

“I was concerned about our party. Without the support of the Yar Adua group, the SDP could lose the presidential election to the NRC whose Bashir Tofa, then 46, was generally thought to be inexperienced.”