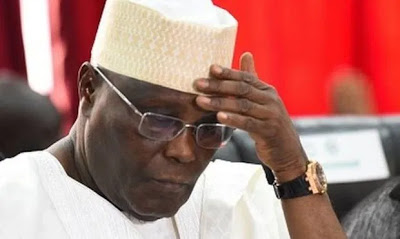 The 2023 presidential candidate of the Peoples Democratic Party (PDP), Atiku Abubakar has come under attack on social media after his comment on the gloomy state of the nation over the recurring national grid collapse.

Naija News reported earlier that Atiku took to his Twitter page to lampoon the All Progressives Congress, APC, government after it was announced again that the national electricity grid had collapsed.

Recall that on Sunday some states including the federal capital territory was thrown into darkness for days following another collapse of the national grid.

“My expectation is that Nigerians will collapse the ruling APC in kind via the ballot and enthrone a viable pathway for the New Nigeria of our dreams that will be united and stable, prosperous and awash with opportunities; secured and inclusive. As One, we can get it done,” Atiku had said in reaction to the power failure in the country.

The former vice president’s comment has, however, attracted several reactions on social media as netizens lambast the presidential hopeful.

See some of the reactions below:

“Coming from a man who couldn’t account for billions spent in reviving this same power sector during the peak of his career.
If you had done it, APC would have had a difficult time rendering it useless today. Milano is a product name, associated with the wealthy in Nigeria,” Divergents [@divergentscouts] reacted to Atiku’s Twitter post.

Another netizen, Dablin [@JessicaChimaobi] said: “Jesus! Was it not same APC atiku was in and even supported Buhari that he wants to collapse? Infact he and tinubu imposed Buhari and this suffering on us and he wants to do better.”

Getting straight with the PDP presidential flag-bearer, one Peter Ifeanyi Aruocha said: “You are one of the big causes of the collapse. Mark it that we will collapse both APC and PDP including you.”

Recalling the past experience with power failure under the PDP administration were Atiku was before his defection then, Lateef Osunlowo Infinity said: “What happened to 16 billion power projects? That is the Genesis of national grid collapse. We are all to be blamed and take responsibility to change Nigeria for good.”

Attacking the presidential, Enyi Oha 1 [@ucheya_clinton] said: “The collapse of the national grid is a metaphor for the collapsing state of the nation kick off through you as the vice president of this nation.

“Only a goat goes back to its vomit, Nigerians are tired of being goats when they brought Buhari back, they won’t do that with you.”

“Chairman Privatisation, you unbundled and sold the power sector to incompetent hands the result of which is the frequent power outage,” Changfa Tau added to the attack.

There is no love in marriage – Comedienne Helen Paul