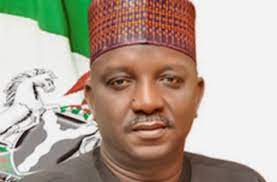 A day after the sacking of two ministers by Nigerian President Muhammadu Buhari on Wednesday, it was rumored that one of the sacked Ministers, Sale Mamman had collapsed after receiving his resignation letter.

According to reports, the ex-Minister of Power has been admitted to a hospital in the Nation’s Capital, Abuja.

But the BBC is investigating to find out if this is the case or if the story is a hoax.

In a telephone interview with Sale Mamman, he explained to us his current situation.

The former minister said he had been unwell since last weekend.

“Even before this step was announced I was very unwell, because I did not even go to the office earlier this week.”

The former Minister said he had not been well enough for a long time because he often went to see a doctor on a regular basis.

“So, yesterday (Wednesday) and today (Thursday) I also went back to the hospital for another round of check-up; and the doctor instructed that I needed some ‘rest’ so I remained at one place to rest,” he said.

The former Minister of Power says he is not in hospital as usual, but is not at home.

“I found a serene and quiet environment to rest and take medication as recommended by the doctor. I didn’t stay at home because sympathisers are trooping to console me; this would prevent me from resting and convalescing on time.

“But I was also not hospitalised, and I didn’t faint as reported.”

Sale Mamman also added that the President had called him on phone on Monday night to inform him of the impending sack.

He said the president thanked him for his support for his (Buhari) administration.

He said in his knowledge, it was not a crime that led the President to fire him, “right or not If I wasn’t fired now, I have to still step down in two years,” he said.

He then turned his attention to 2019 when he was appointed minister, saying he did not apply, he was just called and told to submit his CV, “and within two hours of the appointment he was said to have been appointed minister.”

Sale Mamman, a native of Taraba State in Northeastern Nigeria, said he was proud of the work he did during his tenure, especially the changes he made to the hydro plant in Mambila.

“And I am developing the APC that is about to reach the ground in Taraba State,” he said.

He concluded by saying that he wants to continue his political career and that he would return to politics one by one.