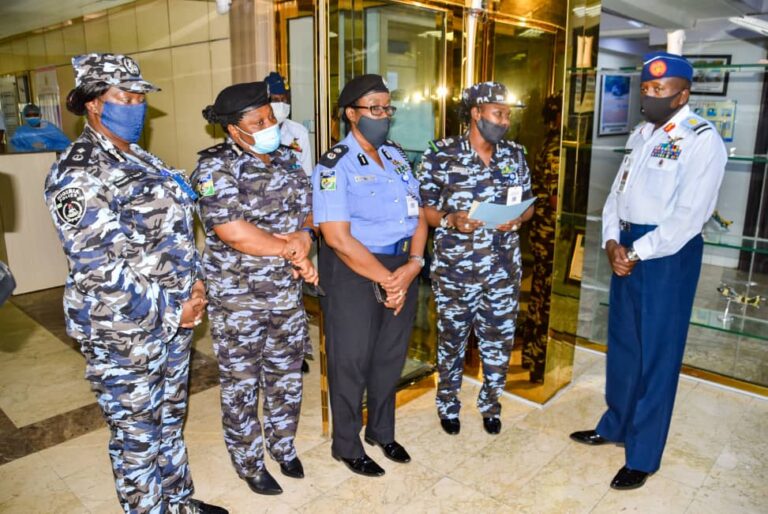 Air Commodore Ibikunle Daramola has announced the condolence visit of the delegation of senior female officers of the Nigeria Police from the Force Headquarters Abuja, to the Nigerian Air Force headquarters, Abuja on Friday, 24th July, 2020.

This was contained in a statement made available to Online Security Reporters by the Director, Public Relations and Information, Nigerian Air Force, Air Commodore Ibikunle Daramola.

Air Commodore Ibikunle noted that the delegation from the Police Senior Female Officers was led by Assistant Inspector General of Police (AIG) Aishatu Abubakar, to pay a condolence visit to the Chief of the Air Staff (CAS), Air Marshal Sadique Abubakar, and the NAF family, over the demise of late Flying Officer Tolulope Arotile, the NAFâ€™s first female combat helicopter pilot, who died on 14 July 2020.

According to Ibikunle, the delegation was received on behalf of the CAS by the NAF Chief of Administration, Air Vice Marshal Mohammed Idris, who led the team to the NAF Memorial Arcade where they laid wreaths and signed the condolence register. 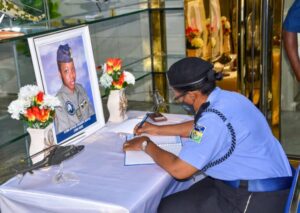 The AIG, while signing the register, wrote: â€œYour life was so short but very well spent. You have opened lots of opportunities for other young women in this field. May your gentle soul rest in perfect peace. â€ 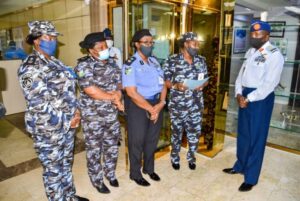