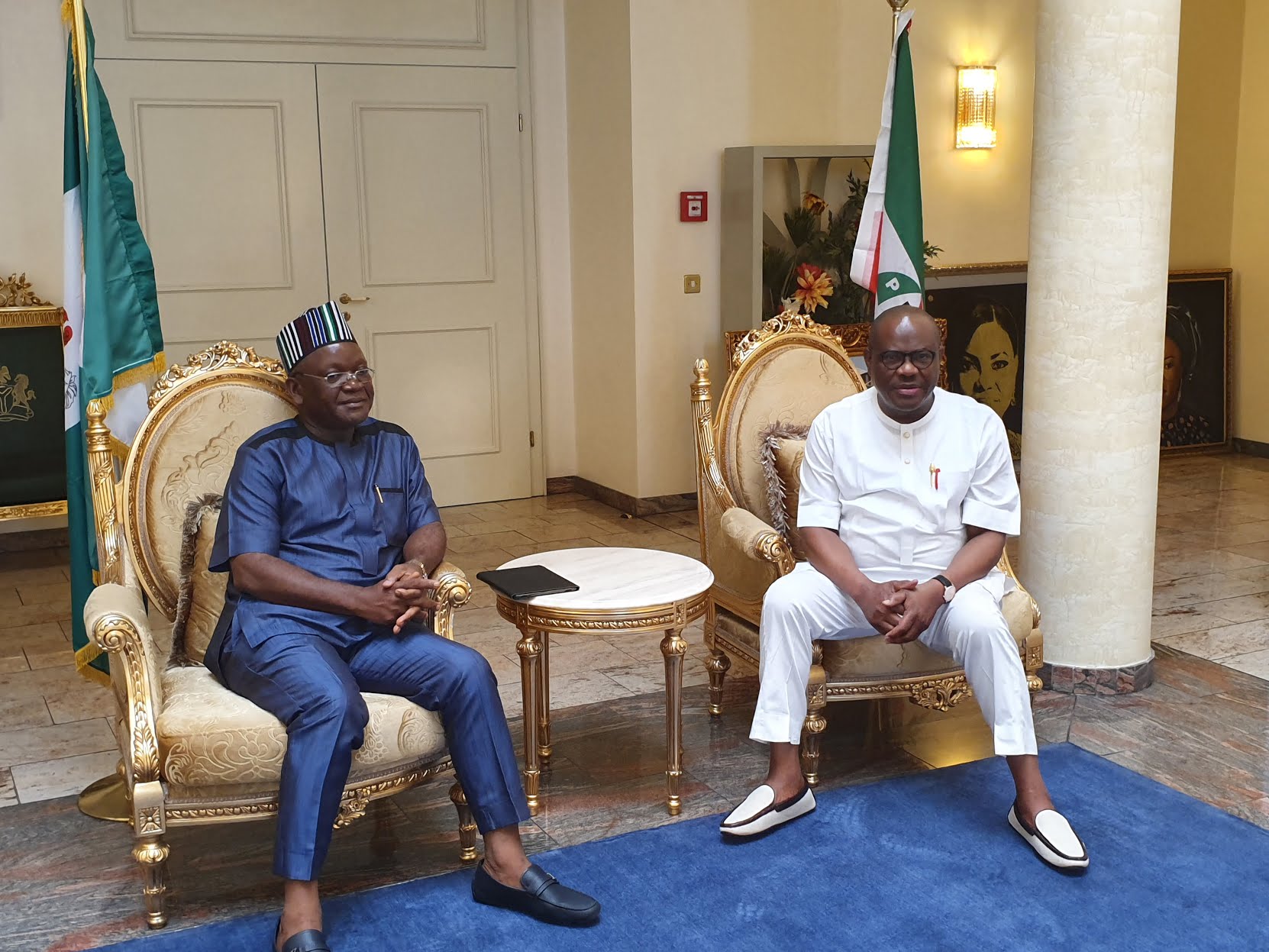 GovernorÂ Nyesom WikeÂ of Rivers State has said the Governor of Benue State, Samuel Ortom, is not one of those Governors who lack character.

The Rivers Governor stated this while dispelling rumours that Ortom was plotting to dump theÂ Peoples Democratic Party (PDP)Â and return to theÂ All Progressives Congress (APC).
Wike, who was in Benue State to commission road projects completed by Ortomâ€™s administration in Makurdi and Guma LGA respectively, saidÂ that they (both governors) will not relent, insisting that,Â â€œnobody can tie us. We will speak when it is necessary.â€

He said:Â â€œOne of the reasons I came today is to dispel the rumours that Ortom is going back. We will continue to stand together though we might be denied what is due us and intimidated but it will come to an end.

EFCC
Wike further stated that all those running away from theÂ Economic and Financial Crimes Commission (EFCC)Â will eventually visit theÂ anti-graft agency, just as those who are not afraid will also go to the commission.

He stated also that what Ortom passed through politically was known to everyone and that his coming to support him (Ortom) was because he cannot stand injustice.
â€œI have been to Benue before. But what I have seen today is unprecedented. I keep asking him if it was from the sale of yam that he is doing this. You are a Governor who relates well with his people,â€Â Wike added.

2023 Presidency: “Candidates from any part of the country can participate” – Gov Fayemi