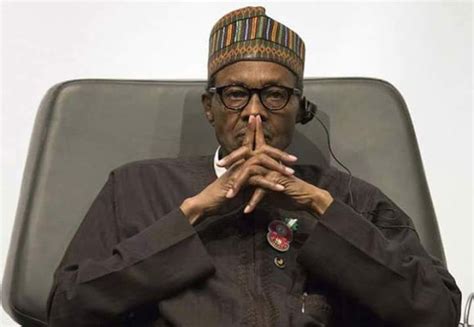 SOUTH-WEST governors in the All Progressives Congress (APC) and a former Lagos State governor, Senator Bola Tinubu are in a last-meeting rapprochement ahead of the national convention of the party fixed for Saturday, Sunday Tribune can authoritatively reveal.

The move, according to party sources, is to downplay the intrigues and power play among them which could deny them the prized slot of national secretary zoned to the zone. Investigation revealed that among the APC governors in the region, only two enjoy a warm relationship with the former Lagos State governor and presidential aspirant.

Sources told Sunday Tribune that the defunct Congress for Progressive Change (CPC) and by extension the Presidency is smarting to ensure that an anointed candidate of the power bloc emerges as the candidate for the office. The sources mentioned the Executive Director, Niger Delta Power Holding, Ife Oyedele, as the choice of the defunct CPC.

Sources revealed that between Shittu and Oyedele, the CPC tendency in the APC has since settled for the latter. Oyedele’s supporters see his endorsement as a reward, a pay-back period for his loyalty and support for President Muhammadu Buhari in his uncertain days of relentless pursuit for the presidency.

The aspirant was a member of the Board of Trustees of the CPC and Ondo State Coordinator of the Buhari Campaign Organisation when he emerged in 2014 as APC presidential candidate.

The former Ondo State governorship aspirant was the Head of Media and Publicity Committee of Buhari Campaign Council in the state in the run-up to the 2019 presidential election.

The South-West governors have since been informed of plot to ensure that Oyedele makes the Unity List of consensus candidates to be ratified at Eagle Square, venue of the convention.

The South-West governors are in frantic move to stop Oyedele, believed to have since enjoyed the blessings of northern governors for the position of the party’s national secretary.

They have endorsed former chairman of the APC in Ondo State, Isaac Kekemeke for the office of national vice chairman, South-West and have agreed to defer to Tinubu’s favoured candidate, Senator Omisore as consensus candidate for national secretary in order to stop the former CPC stalwart from clinching the strategic position. APC chieftains in the South-West are apprehensive of a situation in which President Buhari will produce both the national chairman and national secretary of the party ahead the presidential convention.

Investigation revealed that another strategic position, the national organising secretary, has been zoned to the North-West, the zone of President Buhari. Meanwhile, former Zamfara State governor, Abdulazeez Yari, at the weekend, insisted that he would run for the office of national chairman of the party.

Checks revealed that by virtue of the zoning arrangement produced by the zoning committee led by the Kwara State governor, Abdulrahman AbdulRazak, Yari is precluded from the contest since he is from the North-West.

The exalted office has been zoned to the NorthCentral states of Kwara, Kogi, Benue, Plateau, Nasarawa and Niger states. Speaking with newsmen, Director General of Yari Campaign Organisation, Tijani Kaura, claimed the position was zoned to the North and not any particular zone in the region.

“Nobody indicated whether it is South-West, SouthEast or South-South. The party acting chairman has not come out officially to tell us the chairmanship has been zoned to a particular geopolitical zone. So, that is why we are here.”