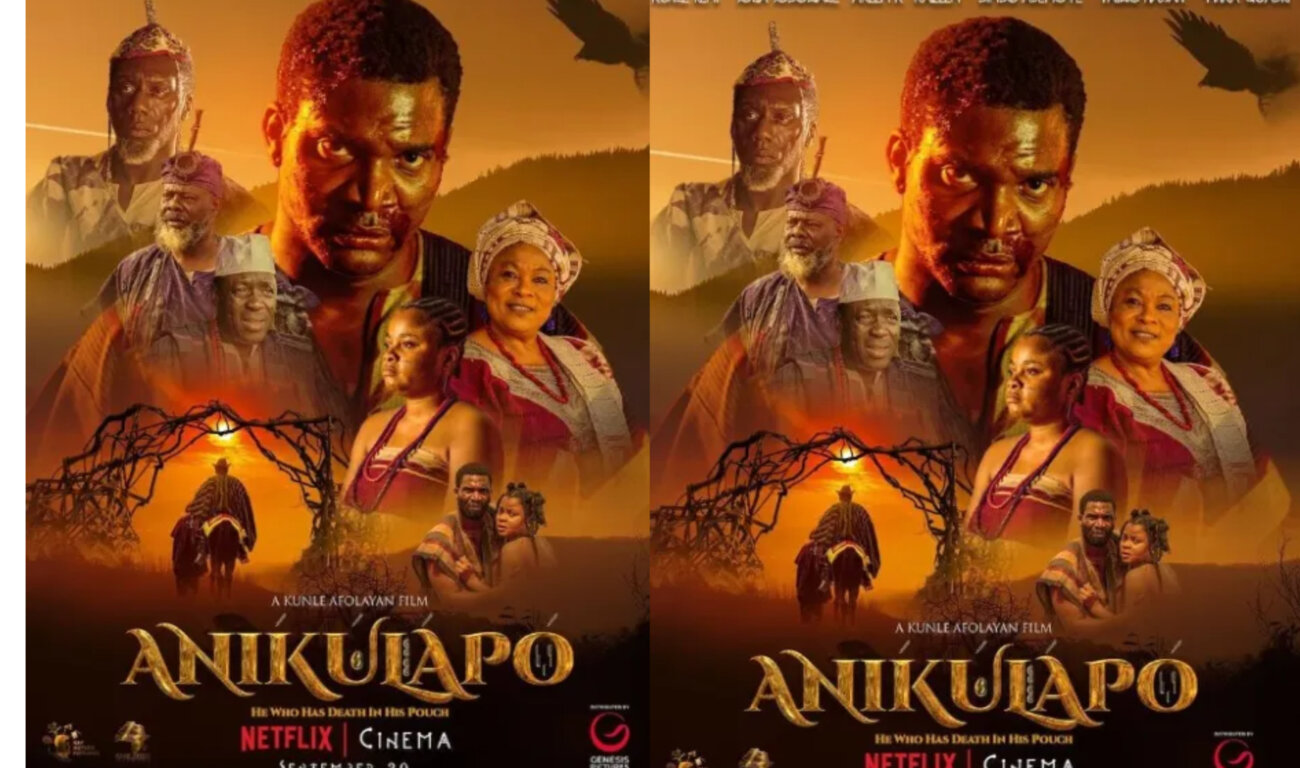 Kunle Afolayan’s highly anticipated movie, Anikulapo started streaming on Netflix earlier today and we have sat through the entire 2 hours and 22 minutes long film to bring you this review.

Anikulapo, a movie Anikulapo that showcases the Yoruba culture while following a man running away from the clutches of death, is produced and directed by Kunle Afolayan but inspired by Ifayemi Elebuibon.

Anikulapo tells the story of Saro, a traveling clothes weaver, who was beaten to death for having an affair with Alaafin’s youngest wife, Arolake. After Akala a mystical bird gives him life again, Saro goes on the run with Arolake, hoping they can start a life together.

As expected, Kunle Afolayan, a filmmaker, who is reeved in the beauty of movie production, directing, and acting, did absolutely amazing work with Anikulapo.

Aesthetically and culturally, Anikulapo is a beautiful film that introduces the global audience to the Yoruba culture; the dialogue, the narration, the characters, the details, and the quality were excellent, but in terms of storytelling, maybe they could have cut short the film a bit, it was too long!

We barely managed to sit through the end of the movie, it began to drag, and then when it finally ended, it was bland and left us asking questions.

For instance, when the so-called Akala bird arrived to resurrect him, we weren’t sure if the bird really wanted to make him alive or if it was just Saro’s luck that got him out of death’s trap. It would have been awesome if the significance of the mysterious bird was used more in the film.

Also, why did the Queen rape Anikulapo? We didn’t understand how their love story evolved. We only saw her grab him on his way home, rape him, and then in the next scene that had the two of them, they took off their clothes to have sex; a totally unnecessary scene of nudity that ruined the movie if you ask us. It wasn’t until the third scene we saw them actually talk.

Oh, by the way, Bimbo Ademoye owes her fans an explanation for going against her words in an interview earlier this year where she said “Never! My dad is watching. I can’t play nude or a sex scene in any movie”

Also, why did Saro open his eyes at the end, does that mean he lives on?

It is worthy of note that the movie centered its lessons on greed. Right from the start, Saro gets a warning from many that don’t bite more than you can chew, but human greed is very vicious and wouldn’t listen until you are at rock bottom or on your death bed. Despite the warnings, it landed him in trouble before his death and even after he got a second chance at life.

We absolutely loved how Kunle Afolayan featured many veterans in the movie; Actors like Kareem Adepoju (Baba Wande), Taiwo Hassan (Ogogo) and others came through with the intelligent usage of the idioms and proverbs, including the newbie, Kunle Afolayan’s daughter, Eyiyemi Afolayan who played the betrayed princess.