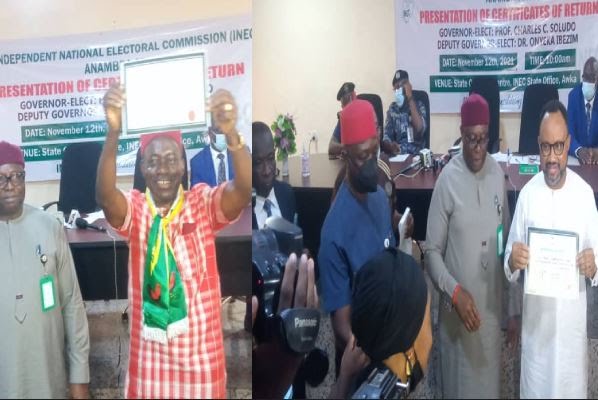 At the event which was held at the commission’s State head office in Awka, INEC national Commissioner on Voter Education, Festus Okoye, who presented the certificates, said the presentation is in fulfilment of the constitutional requirements of the electoral act.

The returning officer for the November 6th and 9th governorship and supplementary elections in Anambra state, Professor Florence Obi, had on November 10 declared Professor Charles Chukwuma of the All Progressives Grand Alliance winner of the election having polled the highest number of votes cast.