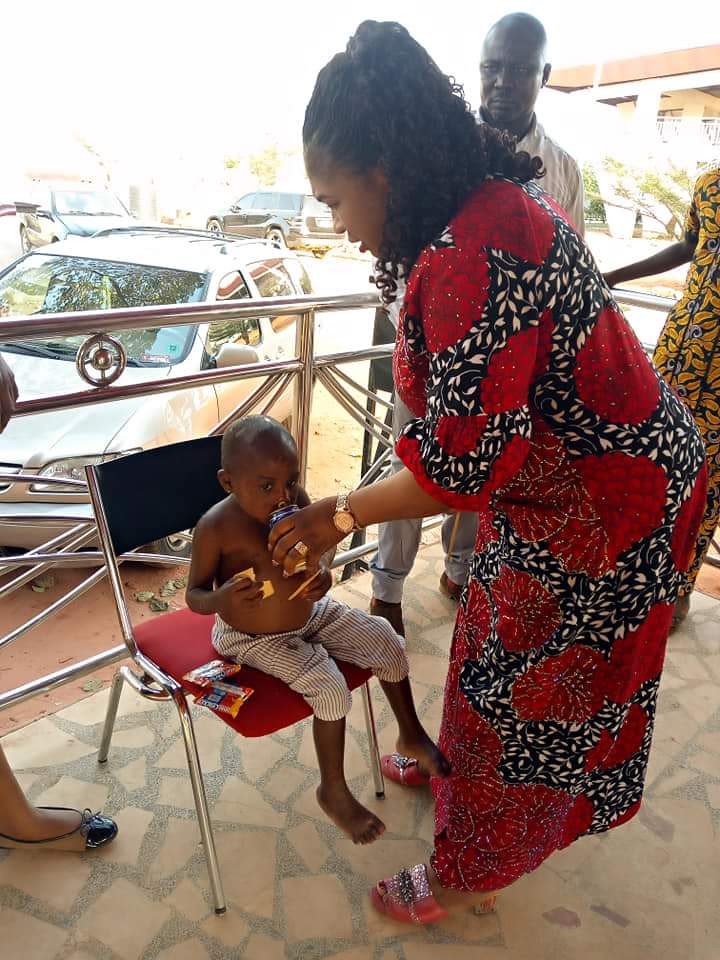 The Commissioner of Women and Children Affairs, Lady Ndidi Mezue, has come to the rescue of a 6 years old child, brutalized by her foster mother in Abagana, theeditorng.com reports.

The child whose name is Amanda was spotted by a good Samaritan, Miss Loritha Ebere Obelue from Akpu Village, Abagana, who noticed the burnt and severe scars all over body and raised alarm. 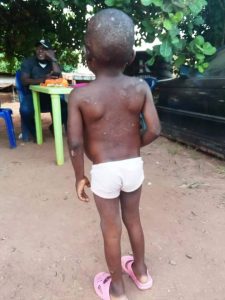 The Ministry through the Childâ€™s department swung into action immediately and the culprit, 39 years old, Agatha Uba, from Imo State was picked and brought to the Ministry for questioning.

Seeing the the wrenching mutilated body of the child, drove Lady Ndidi Mezue to tears, as she demanded from the mother why she subjected the child to such inhuman treatment. 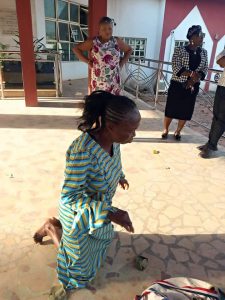 Releasing that nemesis has caught up with her and speaking from both sides of the mouth, Mrs Agatha said her pastor revealed to her that the child was a witch, after years of watching her misbehave and showing signs of witchcraft. 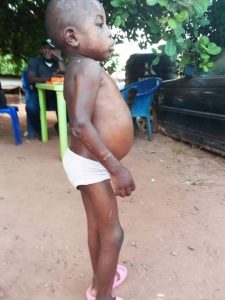 And to deliver her, Amanda will be handcuffed, beaten and kept days indoors, some days without food until rescue came her way.

From preliminary investigation, it was discovered that the woman, had other 3 children under her custody, and all were allegedly stolen, as she has no child of her own.

Because Amanda was found in a delicate state, owing to the inhumane treatment, Lady Ndidi Mezue, who fed and clothe her, has promised the Ministry will follow up the case. She instructed that a team from the Ministry go to Abagana immediately and rescue the remaining kids and the case taken up by the appropriate authorities further investigation. 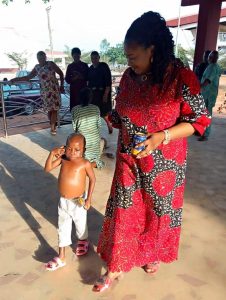 The ministry stated that it will always uphold the protection of children from violence and harmful practices as it has been observed that thousands of children are accused of being witches in Nigeria, and the children are tortured, and even killed. 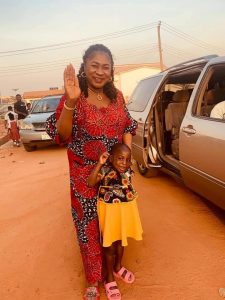 Unknown Assailants Hacked To Death An ACP In Calabar