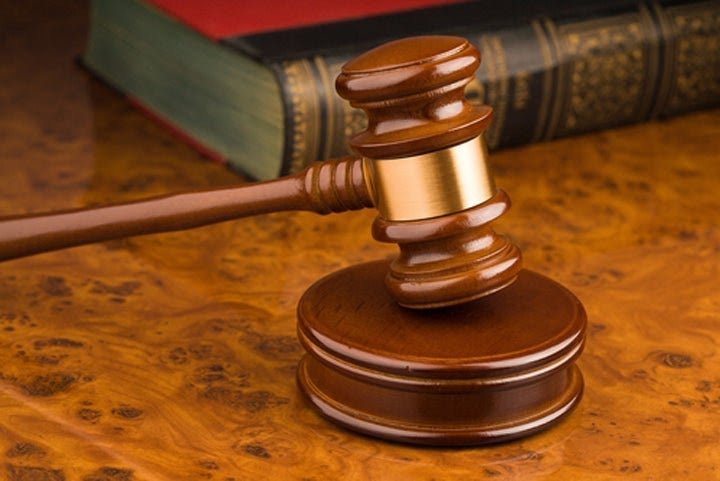 Abdullahi Babalele son-in-law of former Vice President Atiku Abubakar has filed a no-case submission in his alleged $140,000 fraud case before the Federal High Court in Lagos.

The Economic and Financial Crimes Commission (EFCC) had filed a two-count charge against Mr Babalele bordering on money laundering to the tune of $140,000.

One of the counts reads: â€œThat you, Abdullahi Babalele, on or about the 20th day of February 2019â€¦procured Basir Mohammed to make a cash payment of the sum of $140,000, without going through a financial institution, which sums exceeded the amount authorised by the law and you thereby committed an offence contrary to Section 18(C) of the Money Laundering (Prohibition) Act, 2011 as amended and punishable under Section 16(2)(b) of the same Act.â€

He was re-arraigned on October 8, 2019 and pleaded not guilty before Justice Chukwujekwu Aneke. The trial commenced and the prosecution, before closing its case against the defendant on November 25, 2020, called two witnesses and tendered several documents that were admitted in evidence.

At the resumed sitting on yesterday, counsel to the defendant Mike Ozekhome brought a no-case submission dated November 27, 2020, praying the court to hold that the defendant â€œhas no case to answer at all to be called upon to enter any defence in the case.â€

Mr Ozekhome, in the application, contended that the prosecution had not lent any credible evidence in support of the counts in the charge preferred against his client.
But prosecution counsel U.U. Buhari opposed him and prayed the court to dismiss the defendantâ€™s no-case submission.

The case was adjourned till December 21 for ruling.