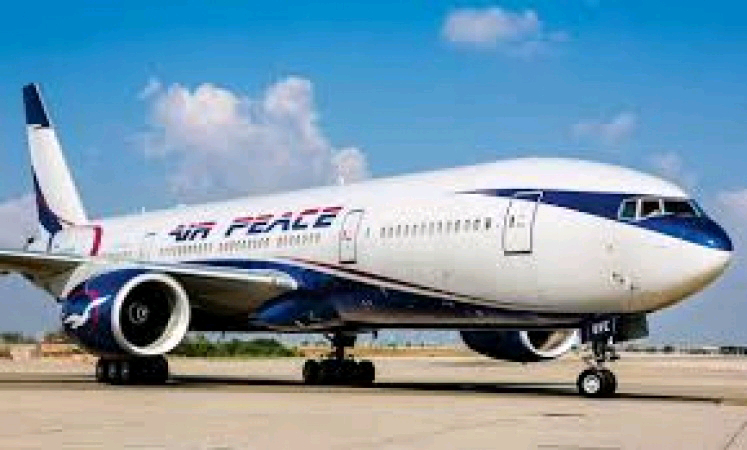 Air Peace says it barred a one-year-old boy and an adult from boarding its Dubai-bound airplane due to security reasons.
Trouble started when the airline, through its verified Twitter account wrote, “Ready to take off into a new week. Have you fastened your seatbelt? Let’s explore together.”
In a quick response, the angry passenger accused the airline of denying her one-year-old son from boarding to Dubai.
The Twitter user with the account name, Youssouf Rukhayyat, explained that the staff of the airline told her the boy would not board because he was under-aged, even when she had proved that the boy was not going alone.
She wrote, “Had a terrible experience yesterday with @flyairpeace with an official simply called Mrs Ann, at the Murtala Muhammad International Airport, Terminal 2, Lagos. She denied my son, (one-year­old) to board yesterday’s flight from Lagos to Dubai saying that he is too small to travel when clearly he can’t and wasn’t travelling alone.
“He was accompanied by an adult (family relative) with all the necessary documents (international passport, Emirates Identity card and a letter of authorisation) including the parents’ copy of international passports and an Emirates ID. Why would she deny him without any good reason? She was adamant.”
However, the Public Relations Officer of Air Peace, Mr Stanley Olisa, who reacted to the development, told our correspondent that the boy and the adult were not allowed to board due to security reasons.
“The passenger traveling with a one-year-old boy could not present the requisite documents. A letter of authorisation was not enough. So our profilers were not satisfied with that and for security reasons, the boy was not allowed to fly. We were being security conscious,” he said.
Related Topics:Airline
Up Next

2023: I Was Charged For Murder, Armed Robbery – Wike Opens Up