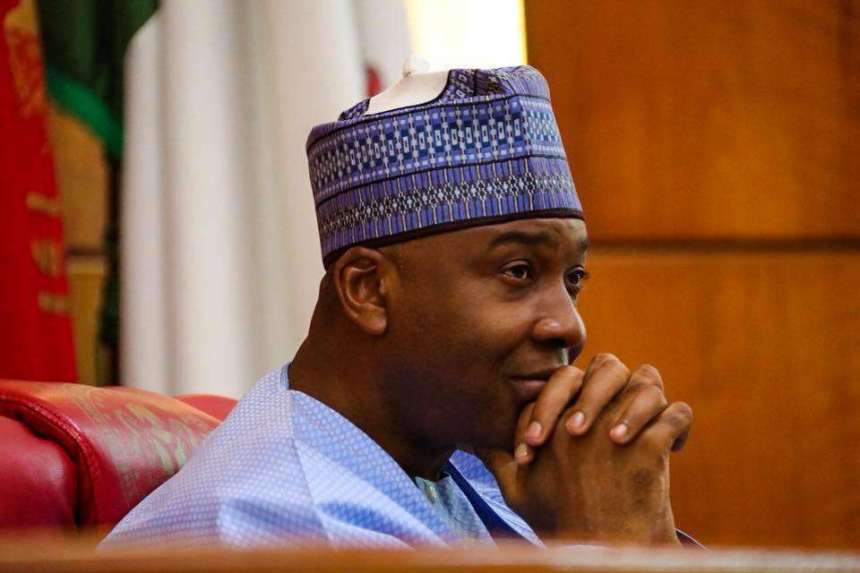 The Pan-Yoruba socio-political group was reacting to the declaration by the Northern Elders Forum (NEF) that they have endorsed Saraki and Mohammed as the PDP northern consensus candidates.

This online medium recalls while speaking on Friday in Minna, Niger State, NEF Chairman, Ango Abdullahi stated that the decision to select Saraki and Mohammed was arrived at after they scaled the criteria for selection.

Reacting in a statement signed by its Secretary-General, Chief Sola Ebiseni, on Saturday, Afenifere said the adoption of the two candidates shows that the NEF was not fair and just in their assessment.

He stated that the NEF position doesn’t represent the opinion of all PDP members from the north even though it is their alienable right to choose anyone.

The statement reads: “While we concede their inalienable rights of choice in this regard, the overriding interests of the continued corporate existence of Nigeria requires more reflective statesmanship.

“We observe that since the issue of succession to the office of the president assumed the front burner in the national discourse, some of the leaders from the north have orchestrated several schemes at keeping the office of the president in northern Nigeria after the eight years tenure of President Buhari from the zone contrary to the popular and prevailing mood of the nation in favour of the emerging political culture in favour of southern Nigeria.

“In another breadth, they condemned the decision of President Goodluck Jonathan to exercise his constitutional right to seek the maximum second term in office as a deliberate denial of the rotational turn of the North which they vow to recoup as if the Nigerian State is their estate.

“At another time, they canvass open contest in vain confidence in the undue advantage which the Nigerian military constitution bestows on a section of the north.

“In their present exercise, it is intriguing that the northern elders inconsistently set aside all their vaunted factors in preference for equity.

“In their sermons, they settled for aspirants from the North Central and North East against that of the North West only on the ground of adjudged equity that the zone had produced presidential candidates and presidents.

“They are deliberately oblivious of the indubitable history of Nigeria that the first executive ruler of Nigeria, Prime Minister Tafawa Balewa, August 1957-January 1966, was from the North East and specifically Bauchi State and that most of the Military Heads of the Nigerian State were of the North Central origin.”

Alaafin of Oyo’s estranged wife, Queen Dami and mother disgraced out of palace after showing up to claim inheritance (Video)