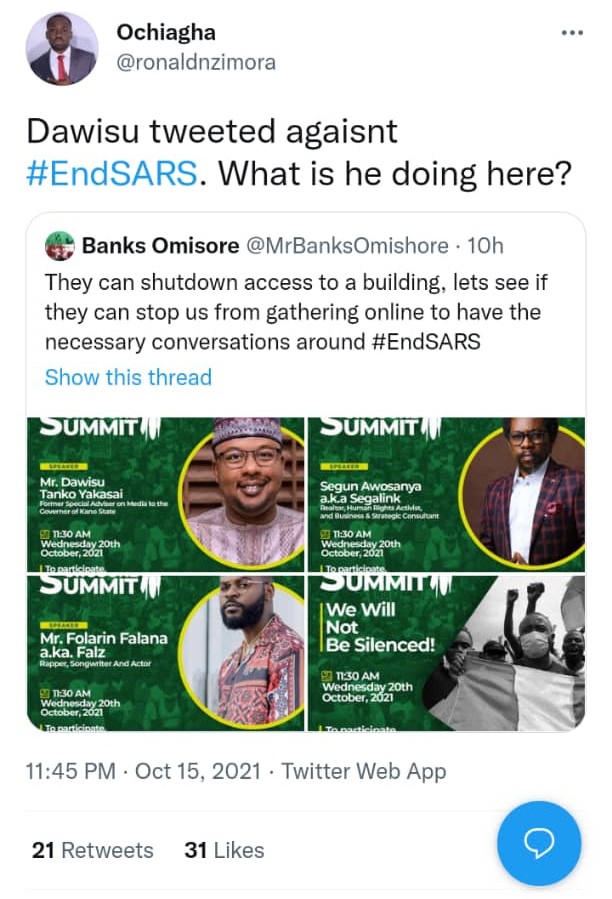 Some activists, protesters and opposition figures have complained about the fact that Salihu Tanko Yakasai, popularly known as Dawisu or Peacock, has been listed as a speaker at the Soro Soke Summit, an event that has been put together to mark the first anniversary of the EndSARS protests.

Salihu Tanko Yakasai is a son of former politician and elder statesman, Tanko Yakasai, who was active in the politics of the First Republic, served as a commissioner in the military government of Kano State in the 1970s and was special adviser on National Assembly affairs to President Shehu Shagari.

The younger Yakasai (Dawisu) was until recently a special adviser on media to Kano State governor, Dr Abdullahi Umar Ganduje. He was suspended from office last year for criticising President Muhammadu Buhari’s handling of the End SARS protests. He was reinstated a few days later, but he was eventually dismissed and arrested by the DSS in February this year for once again criticising President Buhari over the security situation in Northern Nigeria (this was after some school children were kidnapped by bandits).

The activists believe that Dawisu should not be allowed to speak at the event because he spoke on behalf of the government until very recently. They believe that it will set a bad precedent if someone who was on the side of the government so recently, is given a platform and validated by opposition figures. The complaints were so much that the name “Dawisu” trended on Nigerian Twitter yesterday night and this morning. Here are screenshots of their reactions. 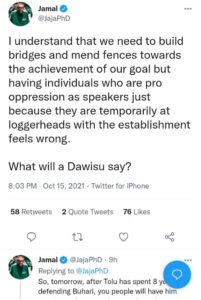 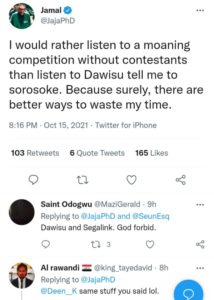 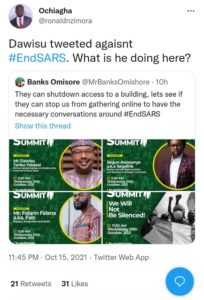 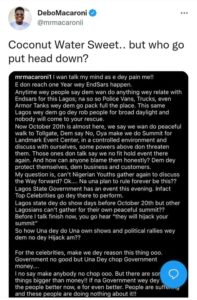 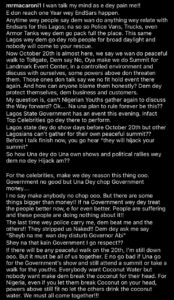 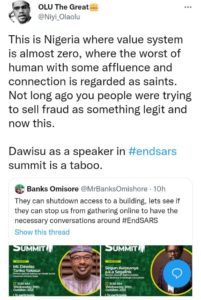 In this article:EndSars, Soro soke